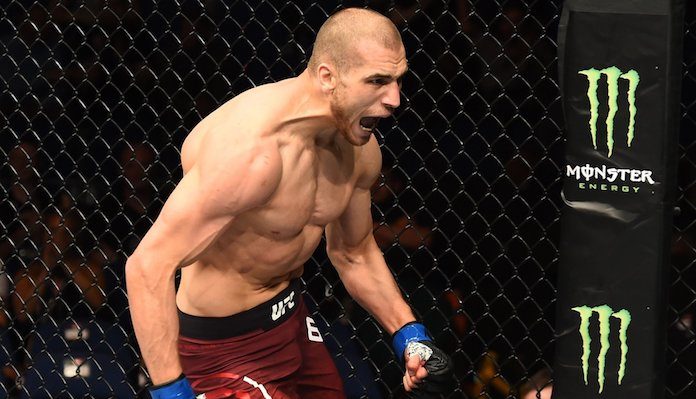 The UFC Liverpool undercard was wrapped up by a middleweight bout between the long-absent Tom Breese, and Australian judoka Dan Kelly.

It was a rough night for the 40-year-old Kelly. Midway through the first round, Breese connected with a rocket-fuelled uppercut that put Kelly on the retreat, clutching his face in pain. A few followup strikes later, and it was all over.

Tom Breese is back in the win column. #UFCLiverpool pic.twitter.com/2IyAHQhkGl

This bout, which was Breese’s first in more than 700 days, served to separate him from a tough, UFC 199 split decision loss to Sean Strickland. He is now a solid 11-1 overall.

Kelly, meanwhile, is now on a tough three-fight skid, having also recently given up a decision to Elias Theodorou, and succumbed to a first-round punch from Derek Brunson. He’s now 13-4 overall, and based on his pre-fight comments, might soon opt to hang up the gloves.

What did you think of Tom Breese’s UFC Liverpool win over Dan Kelly?