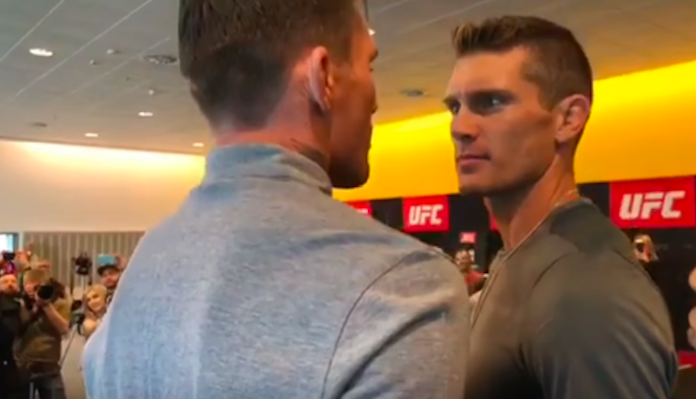 Stay locked to BJPenn.com for the results of today’s UFC Liverpool card.

The card will be headlined a compelling showdown between two-time welterweight title challenger Stephen “Wonderboy” Thompson and surging contender Darren Till, who regrettably missed weight for the bout.

The co-headlining honors, meanwhile, will go to long-time welterweight contender Neil Magny, and the debuting Craig White, who has stepped in to replace the injured Gunnar Nelson on short notice.

Here’s a run-down of the official UFC Liverpool results.

Stephen Thompson vs. Darren Till

Neil Many vs. Craig White

Which fight on the UFC Liverpool bill are you most excited for?