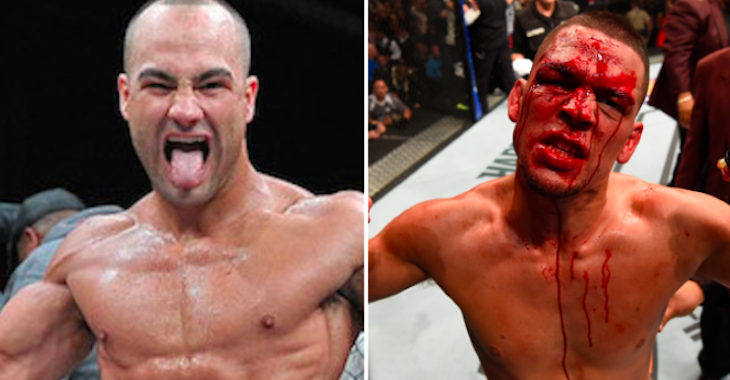 It has now been several months since Eddie Alvarez’s knockout loss to Conor McGregor, which marked the end of his reign as UFC lightweight champion. Despite the time that’s elapsed since then, he still doesn’t have another fight booked.

Alvarez has, however, spoken to the UFC about a few prospective opponents. One of these opponents has been the fan favorite Nate Diaz – an opponent Alvarez said he’d be very interested in. He explained his interest in this fight on Monday’s edition of The MMA Hour.

“When I step inside the cage I want there to be some sort of value, something that I can get excited about,” he said. “A fight with a guy like Nate Diaz, or a fight with someone who’s done what I’ve done and been in the game long enough.”

Yet while Alvarez is interested in a fight with Diaz, he says his attempts to get this fight booked have been unsuccessful.

“I really thought that Nate Diaz would have fought me,” he said. “He said a lot of stuff in Mexico. He looks at me funny in lobbies and sh*t like that, so I thought, worst comes to worse, Nate will definitely fight me. So I was actually shocked when they gave him a bout agreement and said no to that. I thought he’d fight me for sure. I don’t know what’s up with him. We’re just trying to get somebody that I can get excited about.”

While this fight with Diaz isn’t likely to happen, however, Alvarez did break the exciting news that he is likely to accept a bout agreement sometime in the next few days.

“We should have it finished in a day [or so],” he said. “I don’t think it’ll be too much longer. I think if no one [exciting] pops up, we’re just gonna end up taking a fight.”

Who do you want to see Eddie Alvarez fight next? Sound off, PENN Nation!