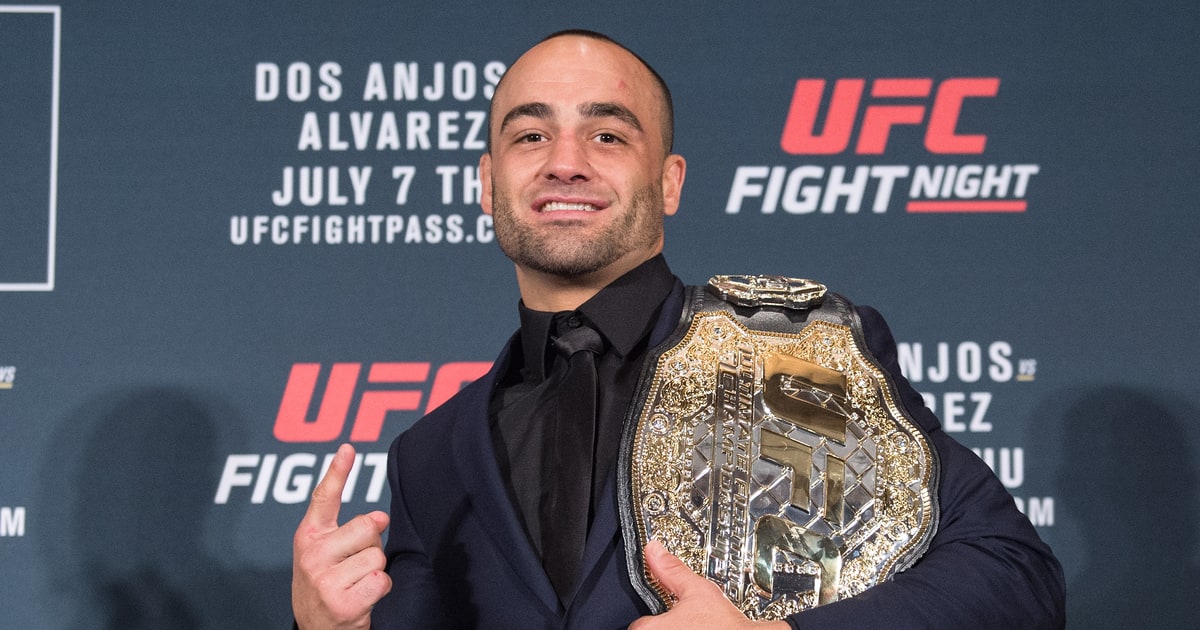 It seems that former Bellator and UFC Lightweight champion, Eddie Alvarez is in no rush to get back to the title. Primarily because he knows it will take awhile for things to get back into motion atop the always stacked 155 lb division.

Top contender @EAlvarezFight is in no hurry to fight the UFC lightweight title, believes the UFC belt has lost its value. Watch #TheMMAHour LIVE: https://t.co/LhsTRQ4VCo pic.twitter.com/6Ldjcadto1

Alvarez won the UFC Lightweight title when he defeated Rafael Dos Anjos via first-round TKO in the Summer of last year. Alvarez lost his UFC debut to Donald “Cowboy” Cerrone but rebounded strongly by defeating former WEC and UFC champion, Anthony Pettis and former WEC and Strikeforce champion, Gilbert Melendez to earn himself his first title shot with the organization. Unfortunately, after he had earned his first taste of UFC gold, the Featherweight champion, Conor McGregor decided it was time to go up and try his luck at 155 where he was granted a title shot against Alvarez. And as we all know…it didn’t end so well for Eddie.

Now we’re here. Alvarez just recently put on a fantastic performance when he went through hell and back to defeat Justin Gaethje at UFC 218 in a self-proclaimed by each man, “fight for the title of most violent man in the world” while McGregor hasn’t fought in MMA since he fought Alvarez in November of last year. Meanwhile, the UFC has also crowned an Interim champion in Tony Ferguson and the division remains stagnant towards the top. It doesn’t bother Alvarez much though as he states in the interview that he’s fine putting on violent and entertaining fights while his teammate and top contender Edson Barboza works his way towards a title shot(Barboza faces Khabib Nurmagomedov at UFC 219).

Whether or not we’ll get some movement back at the top of the Lightweight division is still to be determined and even more so now that Tony Ferguson just had elbow surgery. Thankfully for the fans, we have fighters like Alvarez who just want to go out there and please the masses whether it’s for a title or not.