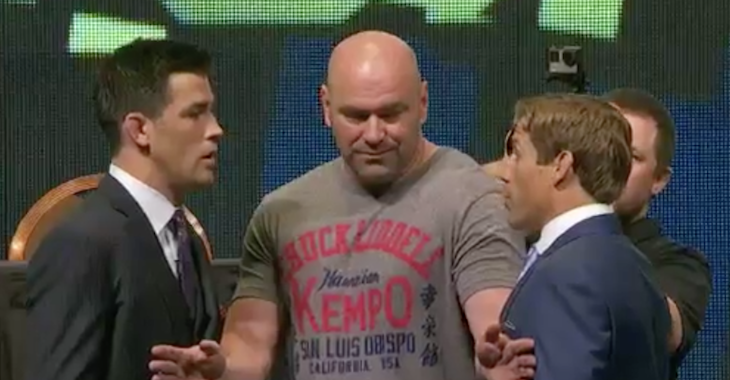 Earlier this month the UFC announced that a trilogy bout between Dominick Cruz vs. Urijah Faber would take place in the co-main event of UFC 199 in June.

Faber won the pair’s first meeting under the WEC banner back in 2007, however it was Cruz who got the nod in 2011 to retain the UFC’s bantamweight championship.

After Cruz returned to the Octagon in January and defeated T.J. Dillashaw to reclaim his UFC bantamweight championship, Faber wasted no time calling out the newly crowned champ. Despite a 3 year layoff, Cruz managed to keep his impressive win streak going, remaining undefeated under the UFC banner.

Bovada has released the opening betting lines for the trilogy fight, with Cruz opening as a -600 favorite, with Faber being a +400 underdog.

What this means is that in order to win $100 by betting on Dominick Cruz, you would need to place a $600 wager. On the other hand, a $100 bet on Urijah Faber could potentially win you $400 if he were to pull of the upset.

This is likely the first time in Faber’s UFC career that he has been such a massive underdog. How do you think this fight plays out on June 4th?