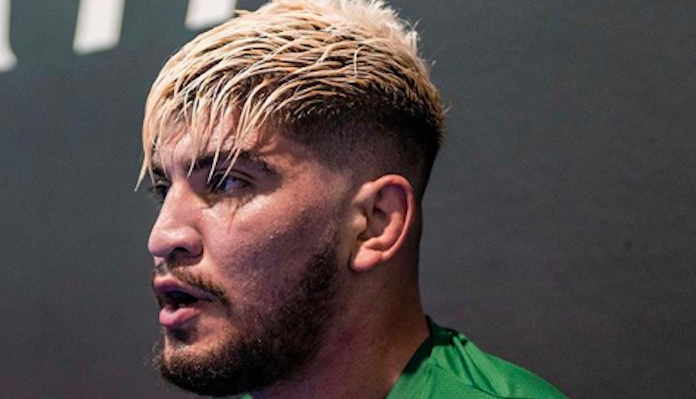 Here’s what Danis had to say about Shields.

“Hugging my son,” he wrote in a Tweet that included a photo from his 2017 grappling match with Shields.

Unfortunately for Danis, this comment generated some pretty significant backlash from multiple parties.

I’m actually old enough to be your dad and still easily beat you at your own sport. Your biggest accomplishment is sucking Conor’s dick https://t.co/2YAPVdMTjZ

“I’m actually old enough to be your dad and still easily beat you at your own sport. Your biggest accomplishment is sucking Conor’s dick,” Shields wrote.

Shields then followed up with a poll, asking fans to vote on Danis’ biggest accomplishment.

From there, several other respected grapplers chimed in, roasting Dillon Danis with their own comments.

“And this clown actually lost this match with you Jake,” wrote UFC lightweight contender Gilbert Burns. “What a shame. We all know why Marcelo Garcia kicked him out. Great job MG.”

Today, Danis is a member of the Bellator MMA roster. He recently won his MMA debut inside the promotion’s cage, defeating Kyle Walker by first-round submission.

Shields, meanwhile, has been competing under the Professional Fighters League banner. The grappling specialist was a competitor in the welterweight division in the PFL’s first season. Unfortunately, his PFL run has not gone especially well so far, as he was stopped twice by rising Hawaiian star Ray Cooper III.

While Dillon Danis and Jake Shields are currently separated by promotional boundaries, it’s very possible we could see the pair meet in the cage to settle their beef in the future. Who do you think would come out on top if they met in MMA competition? Join the conversation in the comments section.