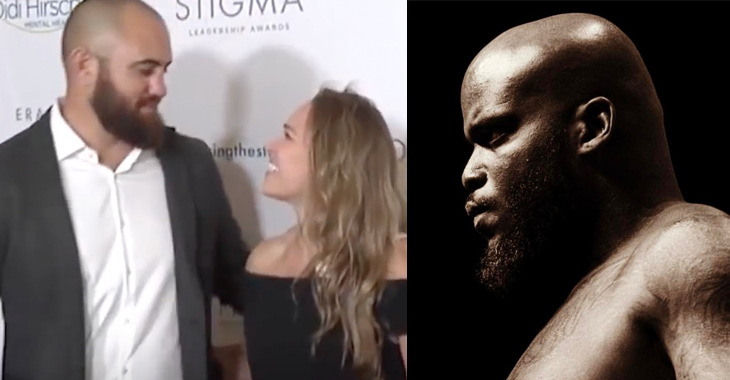 UFC heavyweight Derrick Lewis is still throwing some attacks at Travis Browne even after their fight has come to an end.

On Sunday in the main event of UFC Fight Night 105 in Halifax, Canada, Lewis scored a second round KO over Browne. With the fight ending in a decisive manner, Lewis has continued his attack on Browne in his post-fight interviews and on social media. “I just knew I had bigger heart than him,” Lewis told Brian Stann in the Octagon after his win. “He calls himself a man but he likes to put his hands on women, so forget that guy, I’ve got much more heart than he has.

“Where Ronda Rousey fine ass at?”

“The Black Beast” continued on in his post-fight attack on social media. Lewis’ Instagram feed shows his humor as he has quite a few memes and viral video posts. Lewis posted a few edits directed at Browne and Rousey, as well as a few other playful posts unrelated to the fight.

Do you think Derrick Lewis is showing poor sportsmanship with taking so many digs at Travis Browne and Ronda Rousey after he decisively won the fight? Or do you think the digs from Lewis have a place in competitive sports that build rivalries and result in more exposure for both the athletes and the sport? Let’s hear what your thoughts are in the comment section!