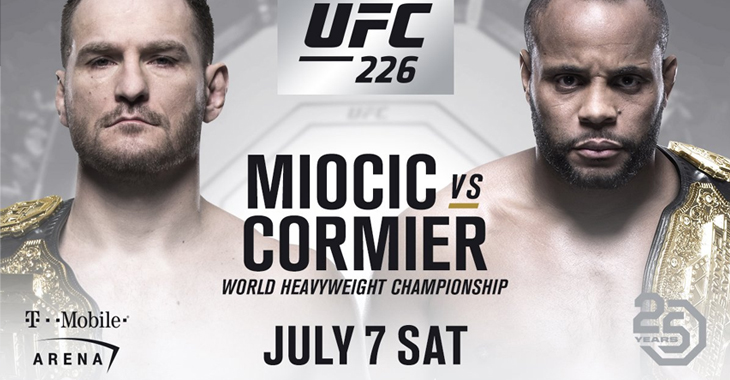 If you happened to be away from the internet and felt the ground shaking last night, it was probably just the most ridiculous fight announcement you’ve ever heard. Stipe Miocic will defend his UFC heavyweight title against none other than UFC light heavyweight champion Daniel Cormier. The match-up will no doubt bring a lot of attention and gamblers throwing their money around. The opening odds courtesy of Best Fight Odds have already been put up and it’s a lot closer than you think. Cormier opened as a slight underdog at +170, while Miocic sits at -215. Get your fighting calculators out, because this fight is definitely one for the people who love MMA math. Before 38-year old Daniel Cormier was a light heavyweight, he was a top five heavyweight who left the division undefeated. As impressive his wins over competition like Alexander Gustafsson are, he did the same type of WWE bodyslams to Josh Barnett and knocked out Antonio ‘Bigfoot’ Silva — who is the same size as Francis Ngannou — out cold in Strikeforce. Silva had just beaten Fedor Emelinanenko, which was back when that was an incredible accomplishment.

As for 35-year old Stipe Miocic, his competition speaks for itself as well. He’s knocked out Mark Hunt, Fabricio Werdum, Alistair Overeem, and Junior dos Santos before his recent domination of Ngannou at UFC 220. He has great wrestling, boxing, as well as a good gas tank. He’ll enjoy a five inch height advantage in his fight with Daniel Cormier, but it’s nothing that DC isn’t used to. Gustafsson was an inch taller than that and it didn’t stop Cormier from punishing him with clinch uppercuts. We’ll have to wait all the way until the Summer for our answer, when the two fight each other on July 7th after a season of The Ultimate Fighter.