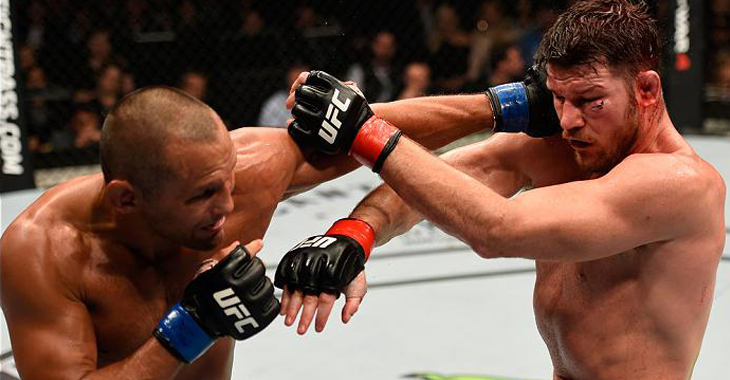 Now some six months removed from this disappointing retirement fight, Henderson recently told MMAFighting.com that he’s still got a bad taste in his mouth from it.

“Obviously it’s a little frustrating and bums me out,” Henderson said. “It leaves a bad taste in my mouth with how I went out. I felt that I should have won that fight and retired as champion. I don’t dwell on things like that. I don’t wake up in the morning thinking that I got f*cked. But it’s a little frustrating. I don’t think a day goes by where somebody doesn’t bring it up, unfortunately. It was what it was. I can move on, but I felt that I beat him up and he didn’t do anything to me, so why should he have won?” While Henderson is clearly disappointed with the outcome of his fight with Bisping, however, he explained that he has no plans to return to the cage – so it looks like he won’t be joining Vitor Belfort’s ‘legends league.’

How did you score Dan Henderson’s October battle with Michael Bisping? Sound off, PENN Nation!