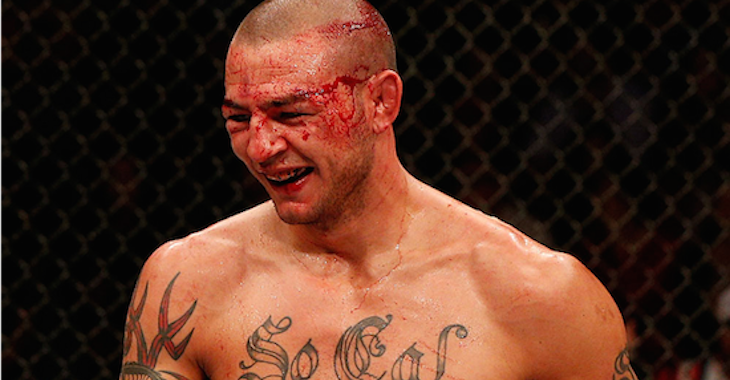 After a few call-outs between the two, the UFC has finally booked Cub Swanson vs. Dooho Choi.

‘The Korean Superboy’ burst on to the scene with three knockouts in a row after signing with the UFC, scoring brutal finishes over Juan Puig, Sam Sicilia and most recently Thiago Tavares.

Swanson on the other hand had been contemplating retirement following two disappointing losses to Frankie Edgar and Max Holloway. However, Cub managed to snap his two-fight losing streak and is now riding a two-fight win streak, notching wins over Hacran Dias and Tatsuya Kawajiri. Swanson is currently listed at number 7 in the featherweight division while Choi, who is ranked at number 15, will look to break into the top 10 with a victory over Swanson.

Choi is riding an impressive 13-fight win streak, with eight of his past victories coming by way of knockout.

UFC 206 takes place in Toronto on December 10 and will be headlined by a rematch between Daniel Cormier and Anthony ‘Rumble’ Johnson for the light heavyweight belt. Choi, 25, recently went on record and said he would knockout Swanson in the first round prior to the official fight announcement.

“I feel like I can KO pretty much everyone, and I visualize it a lot in my head,” Choi told FloCombat.com. “I will also knock out Cub in the first round.”

Swanson, a UFC veteran with 11 fights under the promotional banner, will certainly be the toughest test of The Korean Superboy’s career. Choi made a statement in his UFC debut back in 2014 when he picked up an 18 second TKO win over Juan Puig. He followed up the performance by picking up back to back 1st round KO wins over Sam Sicilia & Thiago Tavares.

Who do you see winning in this battle of heavy-handed featherweights? Will ‘The Korean Superboy’ continue his knockout streak and extend it to nine in a row with a victory over Swanson? Or will Cub pick up his third win in a row over a streaking contender? Sound off, PENN Nation!