After a war like Cub Swanson and Doo Ho Choi got into over the weekend at UFC 206 in Toronto, Canada, there was a great amount of respect earned for both opponents. The two athletes that left everything they had in the Octagon had gained a great amount of admiration for each other and from fans around the world.

Following the announcement of the judge’s unanimous decision in favor of Swanson, the JacksonWink MMA fighter said in his post-fight Octagon interview that Choi lit a fire when he called him out to fight.

“I knew what he brought to the table,” Swanson told Joe Rogan in the Octagon. “I know he deserved all the hype and he just made a mistake in calling me out single-handedly, just called me out and it made me feel like he thinks I don’t got it no more and that made me question myself and train really hard. I wanted to come out and prove to everybody that I’m still learning man. I’m a student of the game.”

Choi said in his post-fight Octagon interview after tasting defeat that he would train harder to ensure he never loses again. “The Korean Superboy” took to social media where he and Swanson commented to each other on one of his posts.

Showing respect for Choi, Swanson commented on “The Korean Superboy’s” post and said, “I believe you’ll do big things in this sport 👌🏽” 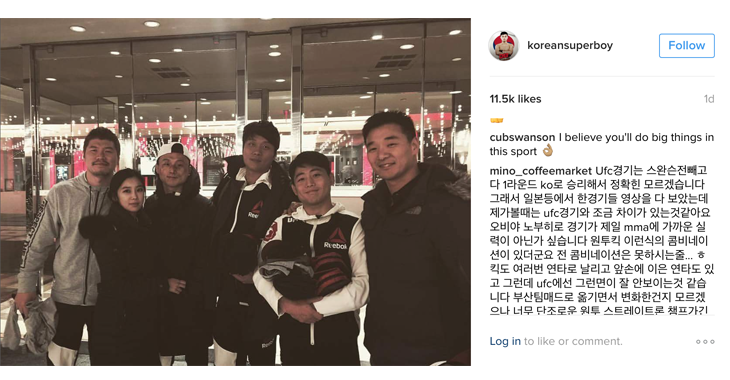 Choi then replied to Swanson and said, “@cubswanson thanks cub swanson it was a great fight, and i’m your huge fan for a long time.” 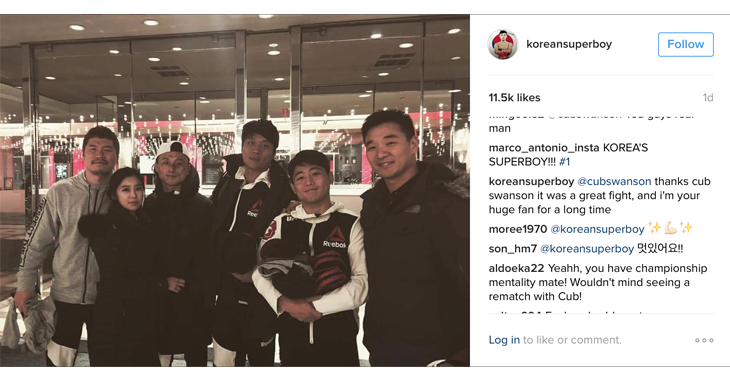 Swanson also posted his own shout out to Choi on social media and said, “He must be the SuperBoy cause I had evil intentions on a few of these and he took it like a champ. I got mad respect for him 🙂 I still can’t believe that went down lol #killercub #ufc206”

He must be the SuperBoy cause I had evil intentions on a few of these and he took it like a champ. I got mad respect for him 🙂 I still can't believe that went down lol #killercub #ufc206

What do you think should come next for Cub Swanson and Doo Ho Choi following their memorable featherweight war? Play matchmaker and let us know in the comment section who you would like to see the two warriors go up against next!

This article appeared first on BJPENN.COM
Previous articleJose Aldo sides with MMAFA, not Bjorn Renbey & MMAAA
Next articleMax Holloway on Jose Aldo: ‘send his ass to the Cleveland Clinic and check his brain out’
© Newspaper WordPress Theme by TagDiv