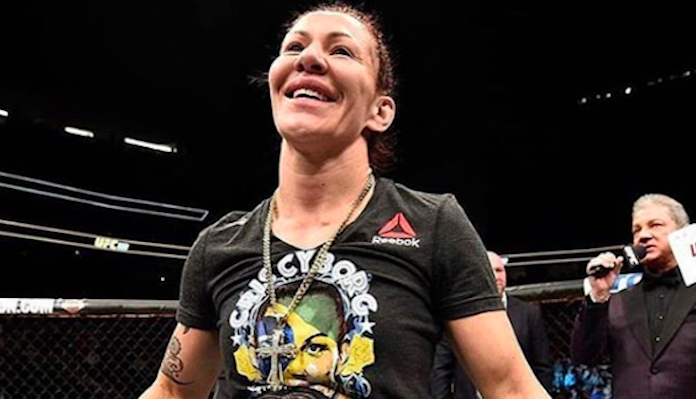 While Yana Kunitskaya deserves props for taking a fight with the monstrous Cyborg on short notice – and for landing a takedown early in the fight – this fight went as expected. After returning to her feet, Cyborg began to stalk her opponent like a hungry carnivore. From there, it was just a matter of time. The champ was feasting on her latest kill before the first round was over.

Unsurprisingly, Cyborg’s win over the vastly outmatched Kunitskaya, who had never fought in the UFC previously, generated some interesting reactions from the MMA community.

Here are a few of the best reactions:

Such a big mismatch. I felt wrong just watching that.
Short notice.
Went up a weight class.
Damn bro.#UFC222

The #UFC women’s 145lbs is like a gang initiation. Get your ass kicked by Cyborg then you can fight against an opponent you have a chance against. #ThugjitsuThoughts🤔

Cris Cyborg, TKO round 1. Made it look easy on the feet. Nunes/Cyborg is the fight to make.

I enjoyed the bonus Cyborg mauling. T-City/Edgar was the real main event tonight and we all knew it.

What did you think of Cris Cyborg’s latest bloodletting?