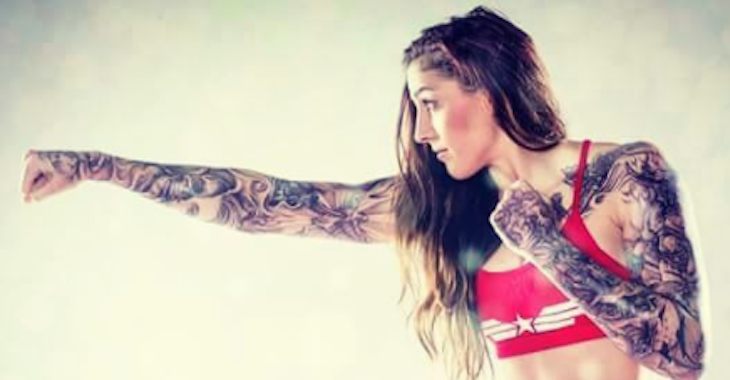 The footage was nearly a minute long, and saw the two women exchanging leather in a hard sparring session, which you can see below:

Shortly after the footage surfaced, Cyborg’s opponent for her women’s featherweight title fight, Megan Anderson, withdrew from their scheduled scrap.

While Cyborg was quick to take to social media to insinuate that Anderson withdrew from the fight because she was afraid after seeing the sparring footage, Megan Anderson actually saw things the other way. She spoke on the Sean, Funky, and the Baddest Man podcast to discuss the situation:

“I want to make one thing clear and that’s unfortunately this is out of my control and I didn’t want to have to pull out of the fight. I was ready for that fight. I wanted that fight more than anything. I’m definitely not scared of Cris and hopefully once this stuff is kind of figured out, I want that fight back. She can say what she wants, but I’m coming for her regardless.”

“The thing that pisses me off the most is people think like I’m scared when that’s far from the truth.”

“I’ve seen that and I was even more confident going into that fight. I seen a lot more holes in her game from that footage than I saw positives. I was even more excited for the fight. It was almost like the opposite of what people said and maybe we can rematch that fight when on the card when McGregor comes back.” McGregor is of course expected to turn right around following his scrap with Floyd Mayweather and defend his UFC lightweight title for the first time, on the card which Anderson has requested a fight with Cyborg on.