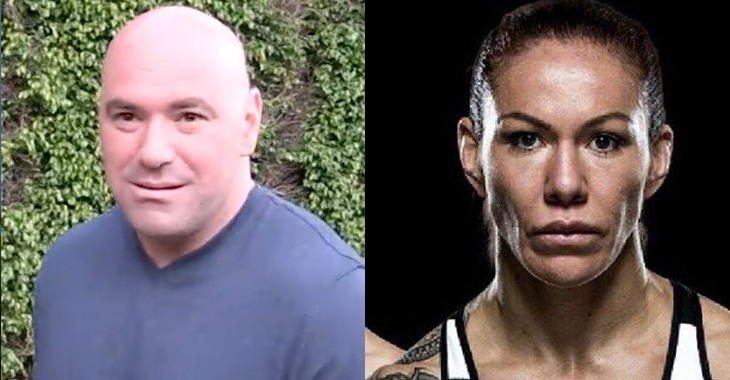 The New Year is approaching and it is the time for resolutions. Whether they be public or something that you promise yourself, opening up a new calendar is always an excuse to change something about your life. To say that Cris Cyborg has had a roller coaster relationship with the UFC, would be an understatement. However, she’s determined to move into 2018 by putting the past behind her. That includes her grievances with the organization and Dana White himself.

“The result of this [good relationship] is persistence, not giving up even in the face of adversity. Everything changed, I’m very happy that they put me in the main event. It shows to my fans that even when it’s difficult, we have to be persistent. [The treatment] It’s getting better, it’s getting better. From the moment that he admitted to having made mistakes, from that moment on, I dropped the negative emotions that I had. Now, let’s work together.”

To beat the champ you have to take the belt. I hope Saturday is an exciting fight for the fans. I’ve trained very hard to give you the entertaining fight you WANT to watch! Be sure you don’t miss #ufc219 and order now! https://t.co/coigEACBoV pic.twitter.com/kUQFHK4UND

“As [UFC women’s featherweight]  is a new division, there will be more fighters at 145 pounds over time because there are girls at that weight. Next up should be [Invicta FC featherweight champion] Megan Anderson. It’s fair to fight the girls who are listed high in the rankings. I hope the next contender will be someone who is listed in the rankings, but I’m only focusing on this fight with Holly Holm now.” — Cris Cyborg speaking to FloCombat.

The other thing that Cyborg would like to carry on into 2018 is her women’s UFC featherweight title. If she can successfully defend it against the very game Holly Holm tomorrow, she’ll remain the most dominant female fighter on the planet. She’ll then set her eyes on granting Megan Anderson the shot at the belt that she missed out on due to a visa issue at UFC 214. Regardless of who comes out on top this Saturday, all eyes will be on their next move after the ball drops.