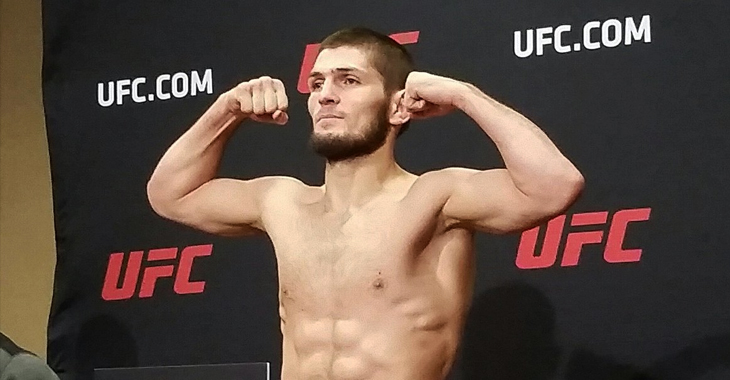 Going into this fight with Edson Barboza at UFC 219, Khabib Nurmagomedov and his entire team were sick of the tiramisu trash talk and the overblown drama surrounding his weight cuts. Either way, you can’t help but feel anxious after one of the biggest fights of this year had to be canceled due to Nurmagomedov’s health. That all changed for this card. Khabib’s new nutritionist was keeping everyone posted every step of the way in social media, promising that he’d be on weight. He and his client didn’t disappoint. The Eagle was one of the first to soar into the weigh-ins and made weight.

This wasn’t just a message for his detractors, but to the UFC and most importantly, to Tony Ferguson. Khabib Nurmagomedov has been vocal that he doesn’t intend on going after Conor McGregor if he’s victorious on Saturday. He has his eyes set on settling the business between he and the interim lightweight champion. Khabib wasn’t the only one making a statement at the weigh-ins though, Cris Cyborg also made weight and looked great. After documenting her brutal previous cuts, it’s great to see her make championship weight healthy. With everyone else coming in on the dot, just like that we go into the last UFC card of the year without any weigh-in hiccups.