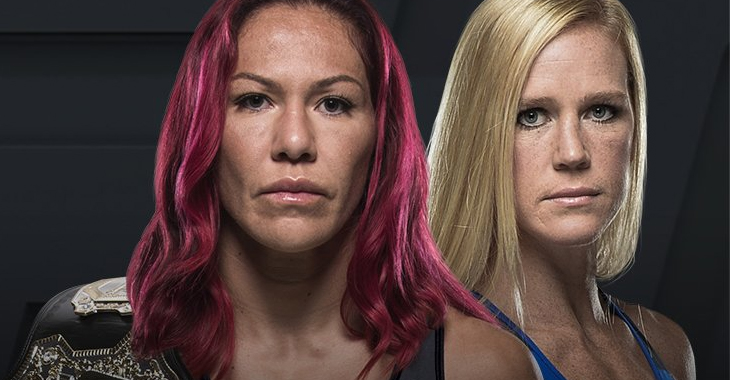 In the lead-up to UFC 219, there has been no way to miss the accolades of either Cris Cyborg or Holy Holm. Both have laundry lists of accomplishments and present unique challenges to one another, neither of which have ever faced in their careers. As far as Cyborg goes, she does boast something that Holm simply cannot claim. Cris Cyborg has been unbeaten in MMA since 2005. However, she has lost once since then in muay thai. Dutch kickboxer Jorina Baars won a unanimous decision over her back in 2014. Turns out, she’s just as big of a fan of the UFC 219 fight as you probably are.

“I really want to see this fight. It’s such a great match-up. I think it’s the best women’s fight ever because Cyborg and Holly Holm are both great athletes and they fight stand-up and they can fight on the ground as well. Their technique is really good. I know Cris is working hard on her kickboxing and stand-up and I know Holly is working on her wrestling. I can’t wait. I think Holly is the better striker from her boxing background. Cris is working on her stand-up very hard and she worked with [Clarissa Shields]. It’s a very good fight.”

From the ring to the Octagon. 🥊

The rest for @HollyHolm is history… #UFC219 pic.twitter.com/noz7p6HtZe

“I hope it will be a stand-up fight and people can see what those girls can use in the fight. I’m really pumped for this fight. I really, really don’t know [who will win]. Cris was strong but she wasn’t my toughest opponent but I see a lot of fights from Holly, boxing matches as well, and I think her timing is a little bit better. Cris has the power and the physical tools. I really don’t know. I think it’s a great match-up. They are both very good fighters. I felt the power from Cris but if Holly picks her distance and her range, she can beat her for sure. But if Cris does what she always does, fights power and aggressive and maybe brings it to the ground, it’s a win for Cris.” — Jorina Baars speaking to MMA Weekly.

Just like all of us fans, Jorina Baars goes back-and-forth on just who will come out on top tomorrow. She is clear about one thing though, that this fight is the best female fight of all time and could crown the GOAT women’s fighter on Earth. After a very long build-up and negotiation process, the day has finally come. Cris Cyborg will attempt to defend her UFC featherweight title — and title of women’s MMA GOAT — in Las Vegas on Saturday night. Jorina Baars will be watching and we’re sure you will be to.