When UFC President Dana White announced that Ronda Rousey would be returning to the Octagon to fight Amanda Nunes on December 30th in the main event of UFC 207, he also pointed out that if Rousey were to emerge from her UFC 207 scrap with Nunes victorious, she would then likely move on to fight Cris Cyborg in a highly anticipated superfight.

While the superfight was always just out of reach from fight fans, during Ronda Rousey‘s hiatus from the time of her loss to Holly Holm, to her fight with Amanda Nunes, Cyborg fought twice in the UFC, going 2-0 at catchweight fights of 140 pounds. While it appeared as though the stars were aligning for the potential superfight to become a reality, Rousey’s one-sided loss to Amanda Nunes at UFC 207 this past weekend ended talks of a potential fight with Cris Cyborg.

Following the fight, Cyborg even took to social media to taunt Rousey:

I guess we know why the fight never happened now….best ever…don't believe everything the media tells you! Boa… https://t.co/UXhRs0UgSH

Now, in a gesture of peace, Cyborg’s coach Jason Parillo has offered to help train Ronda Rousey. He spoke to Champions.co:

“If you ask me, that fight’s over,” said Parillo. “That fight was just holding on by a string as it was because, if you ask me, Ronda was never going to agree to that fight. We’re talking about a girl that’s just been knocked out, twice. Cris is dominating her division. The hype for that is starting to tilt away, I think. I think they’ll be more hype for Amanda Nunes vs. Cris Cyborg. It’s hard to see them ever matching up. They couldn’t get it together before the fight. This just set her back a whole lifetime.”

“They could train together, now,” said Parillo. “Cris could help Ronda improve. I wouldn’t mind seeing Ronda come down and work with Cris a little bit.

“These girls are both so young,” he continued. “Cris is 30, 31 years old. I don’t see her going anywhere for the next four or five years. A lot can happen in four or five years. If Ronda is a hungry fighter and still wants to prove to be the competitor and athlete that she is, she’s got plenty of time to come back and do that.” 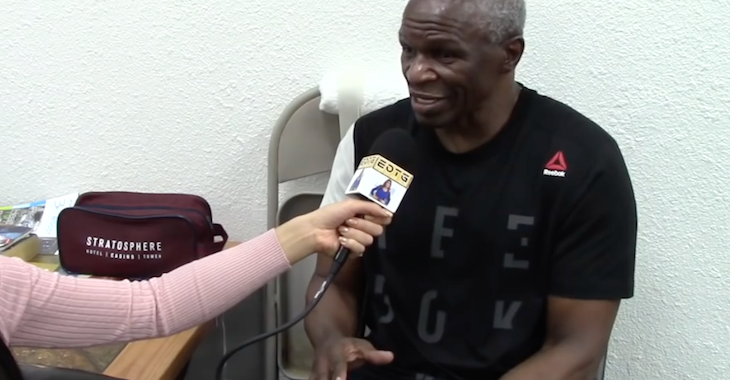