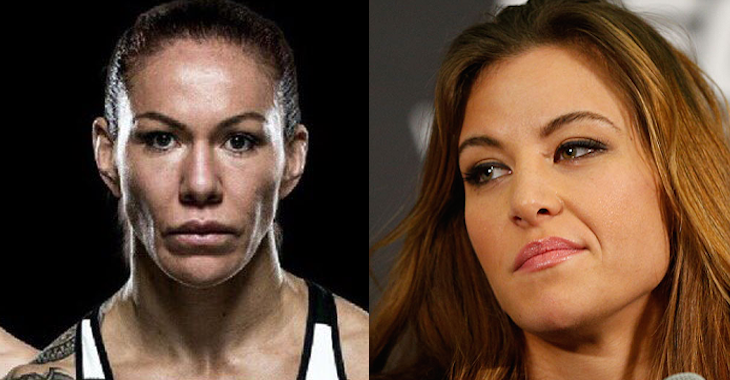 When Ronda Rousey was the reigning UFC women’s bantamweight champion, fans were dying for a superfight with Invicta featherweight champion Cris “Cyborg” Justino.

The fight never came to a realization and Rousey ended up losing the title to Holly Holm at UFC 193.

Now that Miesha Tate is the UFC women’s bantamweight champion, she has expressed interest in a fight with “Cyborg,” but the Invicta champion says that it is all just talk to harass Rousey.

“I think [Miesha] she doesn’t want to fight me, she just wants to say that to bully Ronda” Justino told MMA Junkie Radio. “If she really wanted to fight me, of course, the UFC would promote this fight because it is the fight will draw all fans want to watch. The first is Cyborg and Ronda and the second one, if Ronda come back soon, I can fight Miesha and have Cyborg and Miesha.

“I think all the fans want to watch this fight. The UFC you know is the best event and they want to make the best fights for all the fans. Of course, they will make this fight happen and Miesha already two-time world champ. She Strikeforce Champ, now UFC Champ and now after this fight if she really wants to challenge herself she just has to ask for me. ‘I want Cyborg 140’ and it will be a superfight for all the fans.”