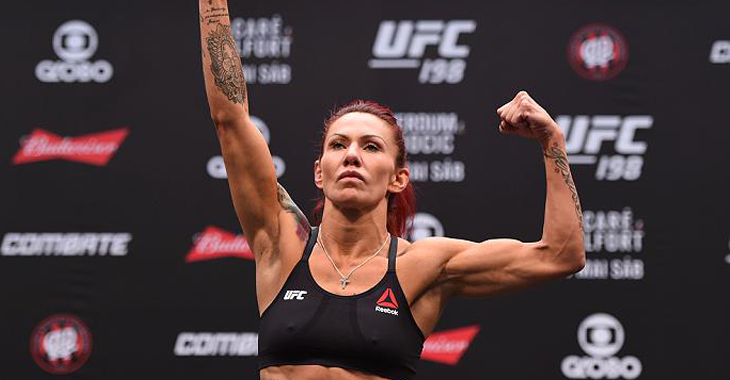 Cris Cyborg made her UFC debut at UFC 198 in Curitiba, Brazil over the weekend with a successful finish of Leslie Smith in the first round.

Cyborg’s only UFC fight was at a 140 pound catchweight, which isn’t typical in the UFC. However, oddsmakers did release odds for Cyborg in fights against Ronda Rousey and current UFC women’s bantamweight champion Miesha Tate.

Do the odds for the fights surprise you at all?

Let us know in the comment section who you think takes the potential bouts between Cris Cyborg versus Ronda Rousey and Miesha Tate.