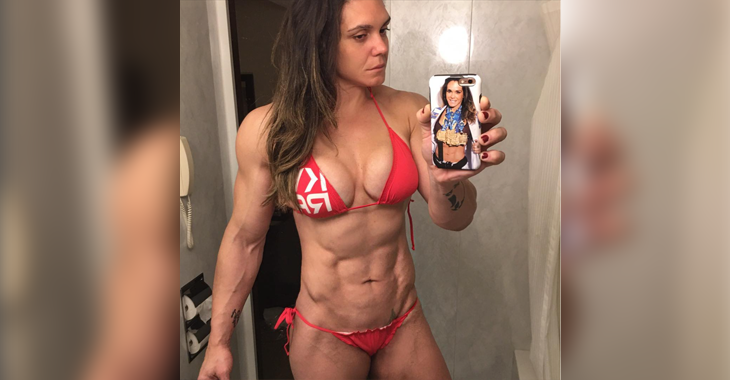 Japanese MMA promotion RIZIN has announced that Brazilian jiu-jitsu world champion Gabi Garcia will be facing a new opponent on the New Year’s Eve card scheduled to take place at the Saitama Super Arena in Japan.

Garcia’s originally scheduled opponent, 52-year-old Japanese judoka, pro wrestler, and MMA fighter Shinobu Kandori was forced out of the bout due to an injury.

RIZIN recently announced that Garcia will now face 49-year-old Yumiko Hotta, who is a former professional wrestler and MMA fighter. RIZIN said in a Facebook post, “Gabi Garcia gets a new opponent! Unfortunately Shinobu Kandori will not be able to participate due to an injury. Yumiko Hotta will be challenging Gabi instead!”

Hotta last competed in MMA in 2012 where she lost to Amanda Lucas by keylock submission at the DEEP 57 event. Hotta holds a 5-4 professional MMA record. Many were confused by the original matchup between Garcia and Kandori but the jiu-jitsu world champion said that initially she did not want to accept the match, but was convinced by RIZIN CEO Nobuyuki Sakakibara that it would be highly beneficial for all of those involved.

“In his head, this fight [talking about the original matchup with Kandori] is like Bob Sapp against ‘Minotauro’ (Nogueira). It’s the concept of the Japanese show.

“It’s good for the market. I was shocked at how excited Japanese fans are for this fight. (Sakakibara) said ‘Gabi, this fight will be good for your name in Japan, good for us, and good for her.’ And now I have the obligation to win [laughs]. The last time I underestimated an opponent I lost, so I will never do that. I respect her history. I had losses to smaller girls in jiu-jitsu in the past, so I respect everyone.”

What are your thoughts on the new RIZIN matchup between Gabi Garcia and Yumiko Hotta? Sound off in the comment section!