Earlier this year, former UFC women’s bantamweight champion Holly Holm stepped into the Octagon with kickboxing veteran Germaine De Randamie for a highly anticipated showdown for the inaugural women’s featherweight title. The fight was a rather controversial one, with De Randamie landing shots after the bell on two occasions. Despite that, she won the fight, and became the inaugural women’s featherweight champion.

Given the controversial aspect of the situation, De Randamie offered Holm a rematch immediately following the fight. This of course became a bit controversial when Cris Cyborg was cleared of any wrongdoing in her USADA case, and became eligible to fight once again. While UFC President Dana White has stated that Cyborg is the #1 contender at women’s featherweight, De Randamie’s next opponent rather unclear at the present time, Cyborg is looking to return to the Octagon to fight sooner rather than later, regardless of whether or not Germaine De Randamie is ready to throw down for the featherweight title.

My last fight was Sept. my body is recovered and ready to compete! I'm ready to start camp even if @IronLadyMMA isn't @seanshelby @ufc https://t.co/3TgyLVKA1z

“Are we going to find an opponent? I believe the UFC has the capability to make that happen, no doubt in my mind. We can’t sit on the shelf and wait. It doesn’t do us no good to sit back. Who knows how long we’d have to wait on that too.” 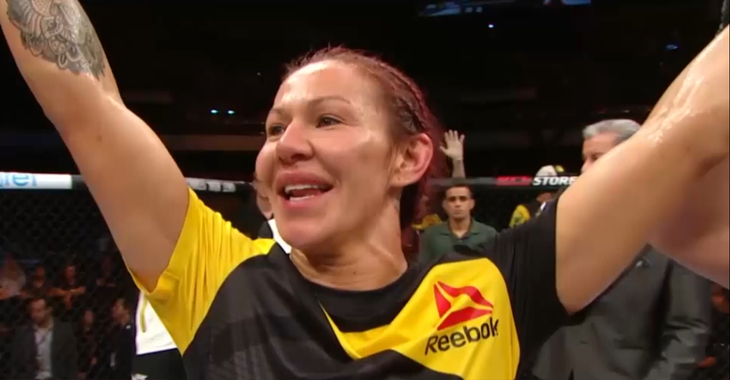 Stay tuned for updates on what can be expected to be a very interesting situation, as they continue to develop.