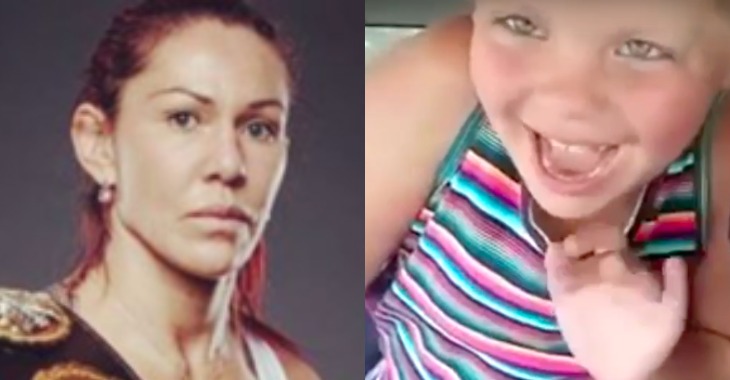 If you’ve been paying attention to the social media accounts of Cris Cyborg over the last few days, you’ll know that she’s been promoting an awesome contest for her fans. The winner of this contest will attend the fights, be given a special backstage experience, and have the opportunity to meet Cyborg and many of the card’s other stars.

Only 2 days left in the #cyborgnation video challenge before a winner is selected! Have you entered? #ufc214pic.twitter.com/rLAMZ4Qr4k

One of the more compelling video submissions from this contest came from six-year-old Ashlynn and her mother. As their submission explains, Ashlynn has been battling leukaemia.

This video from Ashlynn generated attention from many members of The MMA Community, and even prompted a response from Cyborg herself.

@criscyborg I know your 214 contest ends tonight, but I’m wondering if you have you seen Ashlynn’s video yet? https://t.co/0tBjNu44aY

Wow! What an amazing mother and daughter! #CyborgNation this contest entry is a must watch! #ufc214 @ufc https://t.co/qVAlYsULwh

As it turns out, young Ashlynn has been crowned the winner of this awesome contest. As such, you might just see her cage-side during the UFC 214 broadcast.

What do you think of this contest from Cris Cyborg? Join the conversation in the comments section!