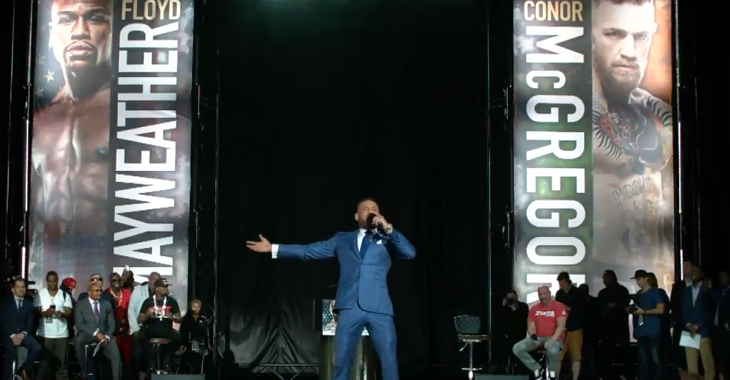 UFC lightweight champion Conor McGregor turned heads this evening when he made his grand entrance to the Barclay’s Center in Brooklyn wearing a white Gucci mink.

Shortly after getting on stage, Conor McGregor took to the microphone where he paid homage to the late great Notorious BIG.

Mayweather, meanwhile, is a sparkling 49-0 as a pro boxer. After his last fight, a 2013 decision defeat of Andre Berto, the boxing legend elected to hang up the gloves.

With that said this lucrative crossover fight with McGregor, which is supposed to see both men pocket more than $100 million, was apparently enough to pull him back to the ring.

Who do you think will emerge victorious on Saturday August 26 when Conor McGregor and Floyd Mayweather square off? Sound off PENN Nation!