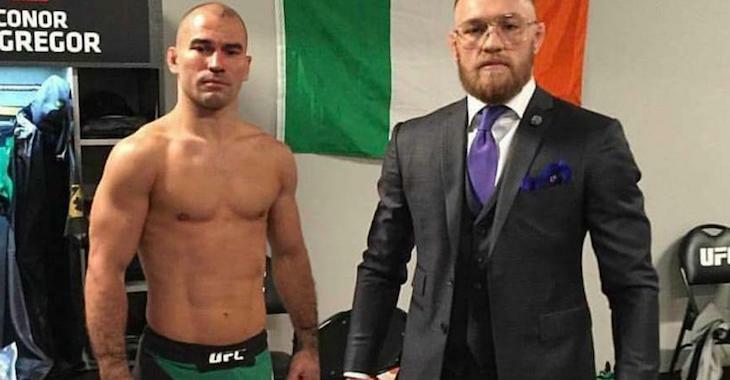 On Thursday, Conor McGregor, Artem Lobov, and their crew were involved in a violent incident in New York.

McGregor, Lobov, and their crew attacked a bus filled with the UFC 223 red corner fighters shattering some of the vehicle’s glass windows.

Three UFC 223 fights have now been canceled due to the incident with Michael Chiesa and Ray Borg suffering physical complications from broken glass.

The UFC released the following statement on their website late Thursday:

“During today’s media event at Barclays Center to promote UFC 223: Khabib vs. Holloway, Conor McGregor and Artem Lobov entered the building accompanied by over a dozen individuals.

The group, which included McGregor and Lobov, vandalized the vehicle that contained a number of athletes competing at the event taking place this weekend. NYPD was immediately alerted and is currently in the process of investigating the situation. UFC is working very closely with the New York Athletic Commission, Barclays Center security and law enforcement authorities. All parties are working together to ensure the highest standard of proper safety precautions are implemented to protect the fans and athletes.

The organization deems today’s disruption completely unacceptable and is currently working on the consequences that will follow. Immediately, Lobov has been removed from this weekend’s card and individuals involved in the incident are not welcome at tomorrow’s ceremonial weigh-in or Saturday’s event at Barclays Center.”

What kind of consequences do you think will come of this incident for Conor McGregor and Artem Lobov? Let’s discuss this in the comment section.