Home » MMA News » Conor McGregor » Source: “It was Lorenzo who made the call on... 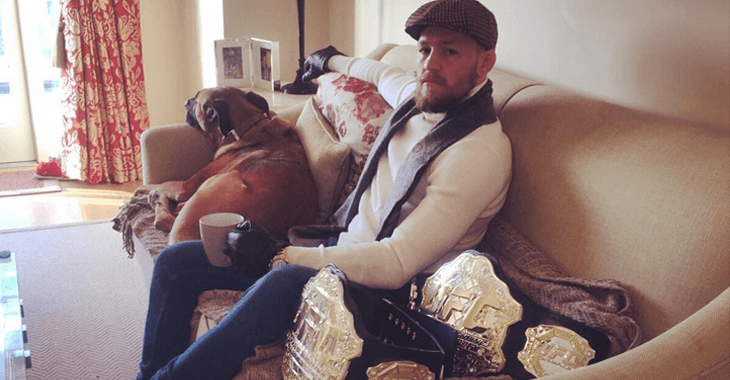 The MMA world was left in complete shock earlier this week when current UFC featherweight champion Conor McGregor tweeted that he had decided to “retire young” and was done with fighting.

Shortly after that, the UFC announced that they had pulled “Mystic Mac” from his scheduled UFC 200 rematch with Nate Diaz which was expected to headline UFC 200 this July in Las Vegas.

The UFC cited Conor’s refusal to attend UFC 200 media events as the reason for his removal from this summer’s blockbuster event.

McGregor discussed the UFC’s decision to pull him from UFC 200 and claimed that the media obligations were more like a “mini world tour”.

Dave Meltzer spoke about the current standoff between Conor and the UFC on Wrestling Observer Radio. Dave stated that it was Lorenzo, not Dana White, who made the call to pull McGregor from UFC 200. His words:

“There’s a timeline to this, and I don’t know it exact, but it goes back well before any of this came out. They already had the showdown, and it was essentially a deal where I gather it was not Dana, it was Lorenzo who made the call. And it was Lorenzo who was talking to, whether it was Conor or Conor’s management. They were the ones doing the talking, so that’s one of the reasons why Dana probably didn’t bad mouth him. Number one, is because it would also be bad business to do it, but Dana wasn’t involved in this. It was Lorenzo, and it was a basic thing of ‘I’ve done so much for you’ and they’re (UFC) like ‘well, we’ve done so much for you’, and it kind of got into a stalemate.”

How do you think the UFC and Conor McGregor standoff will play out? Sound off PENN Nation!