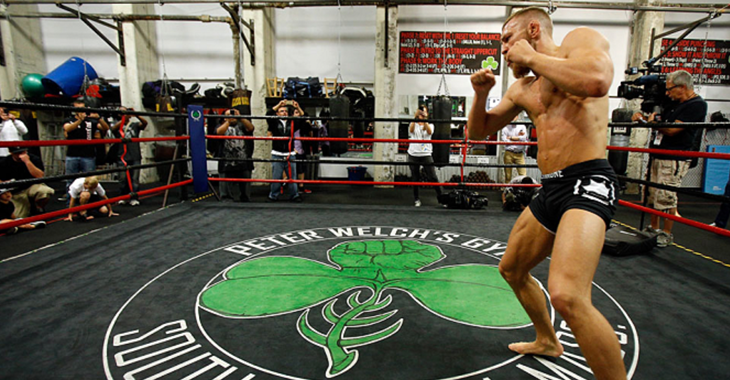 The buzz of a fight between UFC featherweight champion Conor McGregor and retired boxing champion Floyd Mayweather seems to have dwindled down for the most part. However, that hasn’t stopped McGregor from talking about competition whenever Floyd’s name comes up.

However, with all the plates “The Notorious” is dealing with, he feels that mastering one discipline is for the weak.

“Many people who practice in only one discipline of fighting are lying to themselves,” McGregor said. “You can’t fight fully. It’s limited. It’s not the full circle. You’re afraid of everything else. You’re just doing this one single thing. But we practice in everything.”