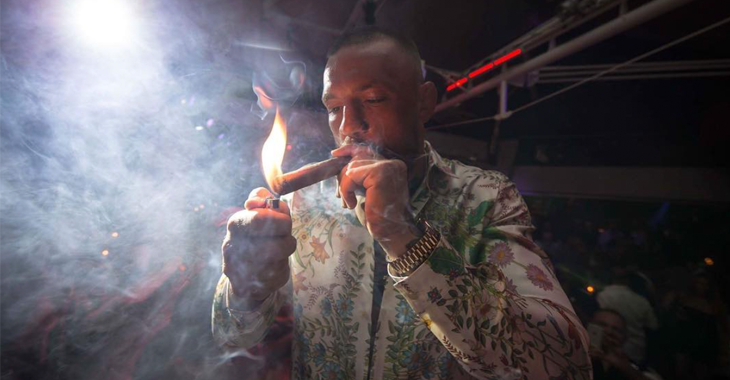 Conor McGregor is enjoying his time coming off his first professional boxing match and for good reason. The current UFC lightweight champion is expected to make over $100 million for his bout with undefeated boxing great Floyd Mayweather.

Immediately after fighting in his biggest prize fight in Las Vegas, “The Notorious” hosted his fight after party in sin city and then jetted off to Spain to attend his friend’s wedding. McGregor was also spotted at a pool party in Ibiza where even a couple swimsuit models couldn’t help but snap a pic with the Irishman.

Following McGregor’s social media page, the partying has not stopped as he posted photos from the club with his girlfriend Dee Devlin along with his newly married friends.

This is how it's done

Say hello to my little friend

While the party continues for the UFC superstar, the world is already waiting for the announcement of his next career move. McGregor and his team have mentioned the trilogy bout with Nate Diaz. Former boxing sparring partner Paulie Malignaggi is surely wanting to get his chance to show the world what he can do to “The Notorious” in a sanctioned boxing match. Meanwhile, Tony Ferguson and Kevin Lee will be fighting for the UFC interim lightweight title at UFC 216 in October, which makes the most sense for McGregor’s next matchup. However, Conor McGregor has proved that his fights don’t always make the most sense, but are sure to make a few dollars. Who would you like to see Conor McGregor fight next? Let’s get your most ideal matchup in the comment section!