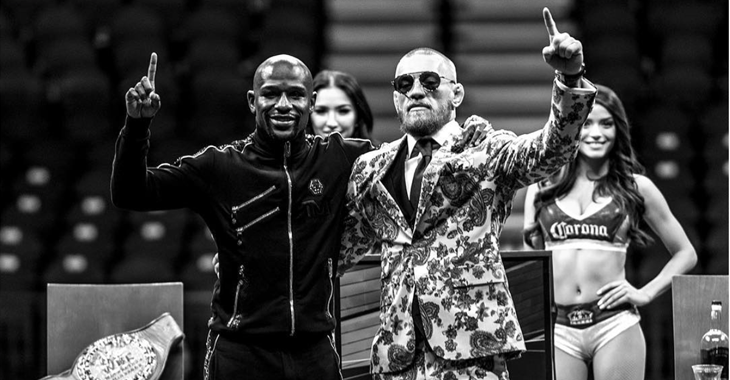 Although Conor McGregor and Floyd Mayweather did not break the all-time combat sports live gate record, the two superstars still have a good chance of breaking the pay-per-view record.

Showtime Sports executive vice president and general manager Stephen Espinoza explained on this week’s episode of The MMA Hour where the numbers are currently at for the highly promoted fight and why the calculations for the pay-per-view numbers take so long to process.

“We have numbers, which are reported, which are expected to grow,” said Espinoza (transcribed by Nick Baldwin for Bloody Elbow). “With the way pay-per-view works, we get numbers, and then they sort of trickle in going forwards. We are now sort of mid-four millions (Espinoza clarified 4.5 million give or take 100-200k). If we see the growth that we typically see, then we’ll break the record. I don’t want to assume that we’ll get the typical growth, because this is not a typical event. There are many different ways in which this event behaved differently. But we have a very good shot of breaking the record.”

Espinoza said that they don’t want to announce the numbers too early and have to correct them if the numbers continue to come in.

“On Mayweather-Pacquiao, we announced a new record 10 days after the fight at 4.4 (million). Right now, today, it’s at 4.6 (million). Even that 4.4, that was an estimate of where we’d end up. The numbers you get the week after the fight usually go up 10 to 15 percent. So there are all these numbers that sort of straggle in, in a variety of different ways because of technology. I just don’t want to assume we’re going to get that 10 to 15 percent, because I don’t want to in two weeks have to say, ‘Well, sorry, we didn’t actually break the record.’”

The rough 4.5 million pay-per-view number represents what was bought in North America with cable, satellite, and digital outlets. Espinoza explained that the numbers do not include bars, restaurants, or international numbers.

“UK was most likely a record setter, as well. Australia, Spain did very, very well, as well,” said Espinoza. “Internationally, (Mayweather-McGregor) was as big as Mayweather-Pacquiao — if not bigger.”