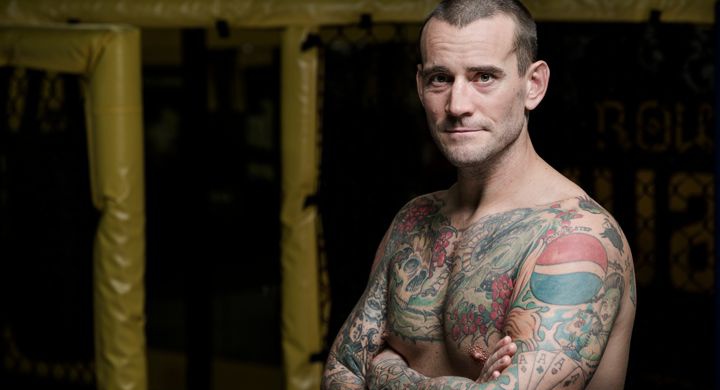 Former WWE champion CM Punk, who held a 434 day reign (sixth longest all-time) and longest in the modern era in pro wrestling, has a shot at redemption at UFC 225.

Punk’s journey into the mixed martial arts world came with much controversy and disdain from fellow fighters and critics alike. However, his dedication for MMA and the training that followed proved to be inline for his second professional fight. Most felt that he bit off more than he can chew with the young but experienced (BJJ-Brown Belt) Micky Gall. Quite a bit has changed for Punk as he honed in his Brazilian Jiu-Jitsu skills after his UFC 203 debut back in September 2016.  He attained his blue belt under Daniel Wanderlay and has received countless positive praise from his teammates at Duke Roufus Academy.

His opponent Mike Jackson will try to keep the fight standing as he went 4-0 in his boxing career and 1-1 for his kickboxing record. Punk spoke to Chael Sonnen on Beyond the Fight podcast.

“I’ve always liked the CM Punk story, and I’ve always thought the story was mistold,  “It was always kind of a perception that you were getting a big-named guy coming over, who was going to suck all the air out of the room. Just because he’s a big-named guy, he doesn’t deserve it.”

“In CM Punk’s case, he was willing to put it on the line,” Sonnen continued. “He committed fully and immersed himself to this goal in the sport of MMA. And that was a pretty cool and brave thing to do. He went out there, way over his head, and tried. And when it didn’t go his way, he said “I want to try again.”

Will CM Punk get his first UFC win or will Mike Jackson stifle the attack of the Duke Roufus product?