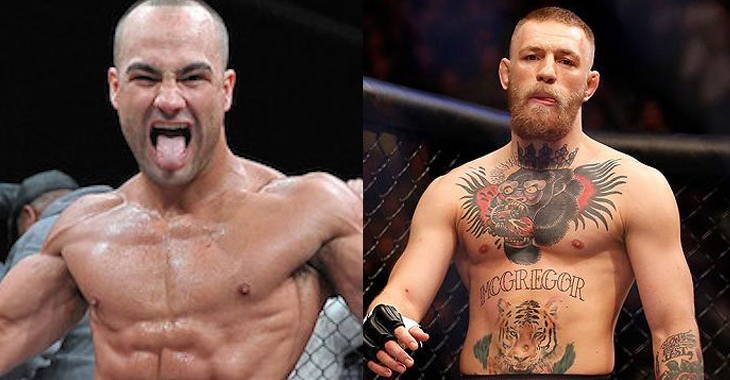 Before lightweight champion Eddie Alvarez and featherweight champion Conor McGregor go to war in the main event of UFC 205, former middleweight champ Chris Weidman will look to get back on track against Yoel Romero.

Weidman spoke exclusively with BJPENN.com Radio and gave his prediction for the highly-anticipated fight between Alvarez and McGregor for the lightweight belt.

“Alvarez actually trains with one of my coaches so I’ve watched him train, he’s a tough dude, man,” Weidman said.

“Alvarez is definitely the bigger guy. He’s gonna use his wrestling while Conor’s gonna try to keep it standing.”

“It’s gonna be a tough fight but I’m going with Alvarez on this one.”

Weidman will be sharing the bright lights of Madison Square Garden with the two headliners when he takes on Yoel Romero in a fight that will more than likely determine who will fight middleweight champion Michael Bisping next.

While Weidman noted he may potentially make more money with McGregor being on the card with him, but noted that he would have definitely made a lot more if he was still champion.

Weidman lost the middleweight title back at UFC 194, when he lost the belt to Luke Rockhold by TKO in the fourth round. The Long Island native hasn’t fought since losing the belt, while Rockhold lost the strap he took from Weidman after a brutal knockout at the hands of Michael Bisping at UFC 199.

Who do you feel will win between Weidman and Romero? Will the former champ pick up a win in his hometown of New York? Or will Romero continue his win-streak? Sound off, PENN Nation!