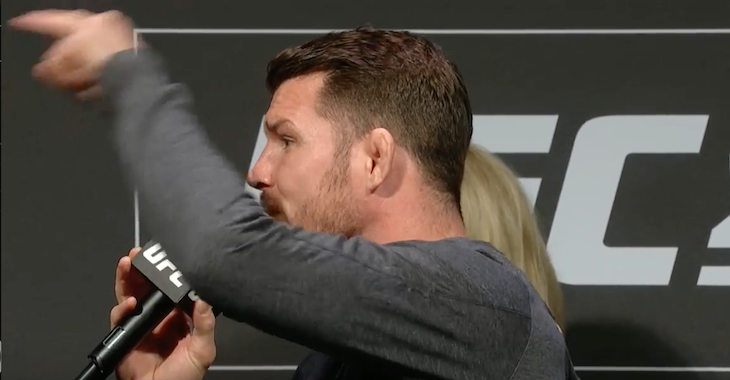 UFC middleweight champion Michael Bisping has been a longtime advocate of a clean sport, frequently calling out other fighters for testing positive for performance enhancing drugs.

With former UFC heavyweight champion Brock Lesnar currently in the middle of his appeal process for his two failed drug tests surrounding his UFC 200 fight with Mark Hunt, Lesnar’s name has been in the headlines lately.

Unsurprisingly, prior to his UFC 204 unanimous decision win over Dan Henderson in Manchester this past weekend, Bisping was asked about Brock Lesnar during an appearance on WWE legend Ric Flair’s podcast.
Bisping didn’t mince words when asked “how tough do you think Brock Lesnar is?”

“How tough do you think Brock Lesnar is? Listen I respect any man that steps into the octagon because it takes balls. But if you have to go in there and take steroids to do it? F*ck you, you cocky son of a b*tch. Kiss my a$$. I will knock Brock Lesnar out with one f*cking punch. I will take him and throw him out of the octagon like the pu$%y that he is. Am I making myself clear? F*ck Brock Lesnar! F*ck steroids! F*ck all you f*cking f**gots that want to come in here and take steroids. Am I making myself clear? I apologize for using that word, I shouldn’t have said that (f**gots). But, steroids have destroyed the sport and anyone that takes them, kiss my a&%.”

“He’s a big son of a b*tch but as I said. Real men don’t cheat in a real fight. In your world you have to look good, you have to be big and it’s expected for the audience. You guys good for you, good for you. In a real fight we shouldn’t be cheating and taking steroids.” 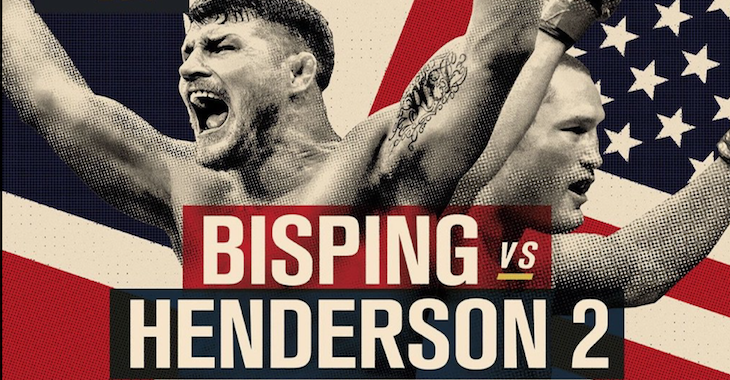 Following the interview, Bisping defeated Dan Henderson in the main event of UFC 204 in a controversial decision. Early on in the fight, Bisping was dropped twice by Henderson, however he out-struck the MMA legend throughout the remainder of the fight, ultimately earning him the unanimous decision win.