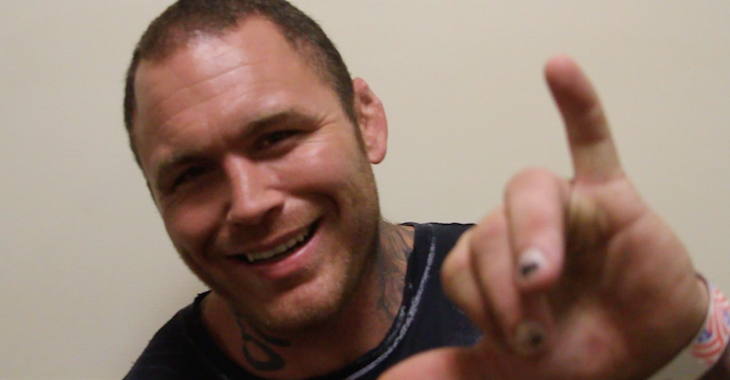 Mixed martial arts veteran Chris Leben (22-11 MMA) was planning on coming out of retirement to fight for the Bellator MMA promotion.

Sadly that is no longer the case, as MMAJunkie is reporting that “The Crippler” has been diagnosed with a severe medical condition that has left Chris with just 18 percent of normal blood flow to his heart.

Leben had signed with Bellator last month and was undergoing a physical for fight-clearance when he failed several EKG (electrocardiogram) tests.

According to the report, doctors discovered a “life-threatening abnormality” to Chris’ left ventricle, which was “oversized,” “misshapen,” and “not operating properly.”

The statement included the following information:

A combination of life-saving drugs was immediately prescribed to Leben in hopes of preventing “a catastrophic cardiac event.”

“As of now, the prognosis is mixed: one doctor believes that he should be considered for a heart transplant, while another doctor hopes that medication and a healthy lifestyle will reverse some of the damage over time.” –

Leben’s condition is thought to be the result of his years of struggle with drug addiction, including “extreme opiate addiction” and alcoholism as well as “medical and psychological issues throughout his life.”

“We are saddened to hear of Chris Leben’s current health situation and would have loved to see him compete inside the Bellator cage. A fighter’s health and safety is of the utmost importance to us as an organization. We wish Chris the best in his future endeavors and we are happy to provide a platform for him to share his story with people around the world.”

“Leben also hopes to leverage his many life lessons for the benefit of others,” the statement read. “He plans to devote time to communicating with young people and the MMA community about the dangers of drug use and about how to cope with addiction.

“Leben says that he is grateful to the fans, friends and family that have been there for him throughout his life and career. He will continue to fight the good fight, and has confidence that strict dedication to nutrition and wellness will allow him to succeed in this battle.”

Leben’s condition has left him in “dire” need of financial help, any fans wishing to support Leben are asked to purchase a signed copy of his autobiography at his online store.