VanZant (8-5 MMA) was most recently seen in action at July’s UFC 251 event on Yas Island, where she suffered a first round submission loss to Amanda Ribas. Prior to her setback to Ribas, ‘PVZ’ was coming off a submission victory over Rachael Ostovich in Janaury of 2019.

Meanwhile, Hart (4-4-3), a professional boxer from Virginia, was last seen in action at BKFC 14. That evening, the 30-year-old walked away with a fourth round TKO victory over opponent Randine Elkholm. With that said, Hart has gone just 1-2 overall while competing under the Bare Knuckle banner. 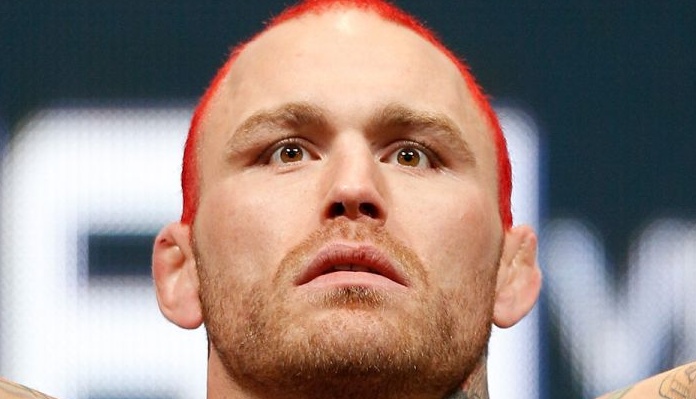 In addition to this Paige VanZant fight, the BKFC KnuckleMania card will feature a number of other compelling attractions. In the co-main event, former UFC fighter “Brutal” Johnny Bedford will meet Dat Nguyen in a BKFC bantamweight title fight. Earlier on the main card, MMA veteran Chris Leben will look to rebound from a decision loss to Dakota Cochrane opposite Quentin Henry. Interested in watching? Here’s how.

How to watch Paige VanZant fight at BKFC: ‘KnuckleMania’

The BKFC KnuckleMania main card will be available on Fite.tv Pay-Per-View at a price of $19.99. The preliminary card, meanwhile, will air on YouTube.

Get all of tonight’s Bare Knuckle Fighting Championship Results below:

Heavyweight: Chris Leben vs. Quentin Henry – Leben def. Henry via KO in Round 1

Lightweight: Martin Brown vs. Zach Zane – Brown def. Zane via TKO (eye injury) at 1:28 of Round 2

Light Heavyweight: Lorenzo Hunt vs. Rob Morrow – Hunt def. Morrow via KO at 2:00 of Round 4

Featherweight: John Chalbeck vs. Greg Bono – Chalbeck def. Bono via KO at 0:20 of Round 3

Light Heavyweight: Haim Gozali vs. John McAllister – Gozali def. McAllister via KO at 1:08 of Round 2

Heavyweight: Dillon Cleckler vs. Chris Jensen – Cleckler def. Jensen via KO at 0:24 of Round 1

Bantamweight: David Morgan vs. Travis Thompson -Thompson def. Morgan via TKO at 0:22 of Round Two

Bantamweight: Jarod Grant vs. Brandon Lambert – Grant def. Lambert via KO at 1:11 of Round 3

Jarod Grant gets the first finish of the night on Brandon Lambert. Lambert shouldn't been talking all that shit ahaha pic.twitter.com/mGOTk1HaL1

Who are you picking to win tonight’s KnuckleMania fights? Share your predictions in the comment section PENN Nation!