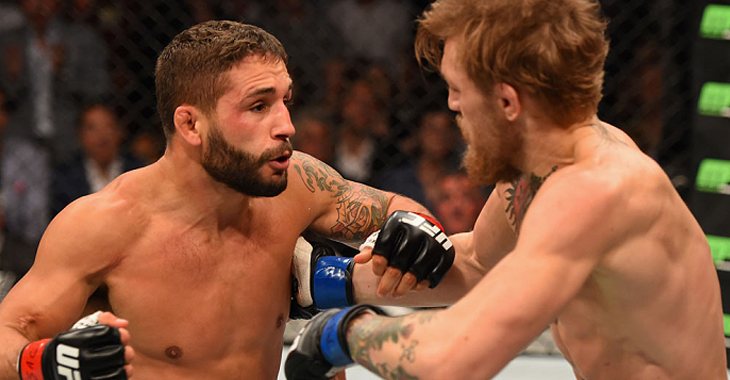 UFC’s #4 ranked featherweight Chad Mendes will apparently be out of competition from fighting after being suspended by the U.S. Anti-Doping Agency (USADA).

On June 10, the UFC announced that Mendes was flagged for a potential Anti-Doping Policy violation stemming from an out-of-competition sample collected on May 17, 2016.

USADA announced on Wednesday that Mendes has been suspended for two years for testing positive for GHRP-17, which is a growth-hormone releasing peptide, according to MMA Fighting. Mendes’ date is retroactive to the date of his provisional suspension on June 10, 2016, meaning “Money” won’t be able to return to competition until June 10, 2018.

Mendes has been a long-time top UFC featherweight contender, having challenged Jose Aldo for the title two times in 2012 and 2014. Mendes also fought Conor McGregor on short notice for the UFC interim featherweight title in 2015 and lost by TKO in the second round.

Mendes currently holds a 17-4 record and is coming off two losses in a row for the first time in his professional MMA career.