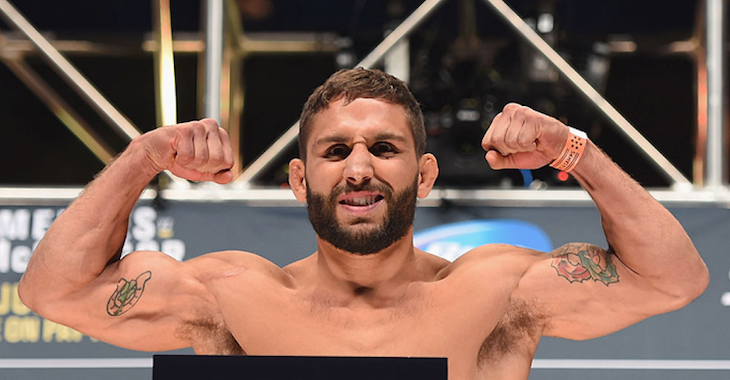 The UFC released a statement on Friday that former UFC featherweight title contender Chad Mendes has been flagged by for a “potential Anti-Doping Policy violation.”

The United States Anti-Doping Agency (USADA) notified the UFC of the potential violation after an out-of-competition drug test was performed on Mendes.

“The UFC organization was notified today that the U.S. Anti-Doping Agency (USADA) has informed Chad Mendes of a potential Anti-Doping Policy violation stemming from an out-of-competition sample collection.

USADA, the independent administrator of the UFC Anti-Doping Policy, will handle the results management and appropriate adjudication of this case. It is important to note that, under the UFC Anti-Doping Policy, there is a full and fair review process that is afforded to all athletes before any sanctions are imposed. Additional information will be provided at the appropriate time as the process moves forward.”

Chad Mendes is coming off two consecutive losses for the first time in his career. In July 2015, Mendes lost by TKO in an interim featherweight title fight with Conor McGregor at UFC 189. Mendes then was knocked out by Frankie Edgar in his following fight, which took place in December 2015 at The Ultimate Fighter 22 Finale.