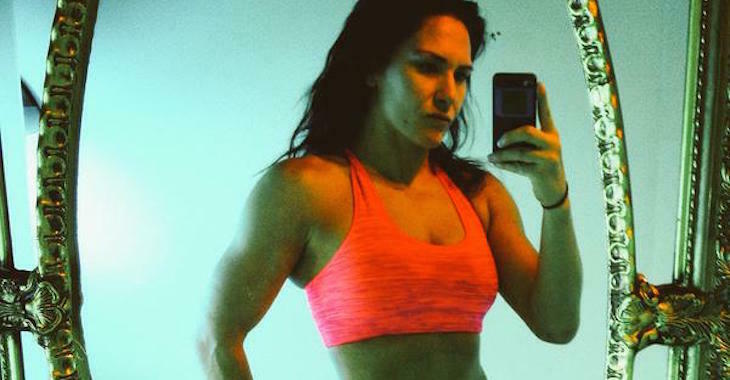 Gun show at the Pattaya Military base! R&R in the sun and sand between training session… https://t.co/vVNsSRxl51 pic.twitter.com/eQTVJevEXs

Alpha Cat Zingano is blowing this pic up with a little flexing and and a lot of fire power behind her. Zingano is seen in this pic in between training sessions looking like she’s ready to take on an army.

Zingano has been doing some serious training in Pattaya Thailand. With “The big 3” bantamweight women, Holly Holm, Ronda Rousey and Miesha Tate ahead of her, Zingano looks to make 2016 the year to ‘shake up’ the title contention three-way.