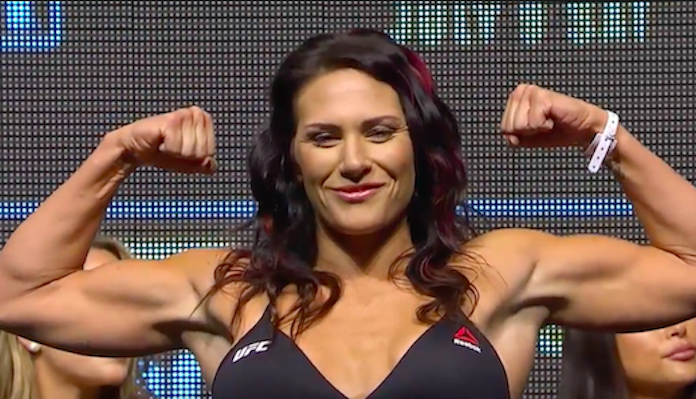 The UFC’s debut in Boise, Idaho, which is expected to take over the city’s CenturyLink Arena on July 14, is slowly starting to come together. On Friday afternoon, UFC officials announced a trio of bouts for the card, via ESPNBoise.com.

Among these newly announced bouts is the Octagon return of former UFC women’s bantamweight title challenger Cat Zingano (9-3), who will take on the streaking Marion Reneau (9-3-1). This bout will mark Cat Zingano’s opportunity to rebound from a trio of losses to Ronda Rousey, Julianna Pena and most recently, Ketlen Vieira. Reneau, meanwhile, will look to build on the momentum of a four-fight unbeaten streak.

Also announced for the card is the return of another former UFC women’s bantamweight title challenger in Liz Carmouche (11-6), who is slated to take on former Invicta champion Jennifer Maia (15-4-1). In this fight, Carmouche will look to rebound from a split decision loss to Alexis Davis. Maia, meanwhile, will make her UFC debut on a 6-fight streak, which includes triumphs over Vanessa Porto, Roxanne Modafferi and Agnieszka Niedźwiedź.

Lastly, the UFC’s debut in Boise will feature the return to action of Justin Scoggins (11-4), who welcomes Khabib Nurmagomedov relative Said Nurmagomedov (11-1) to the UFC. In this fight, Scoggins will look to correct a disappointing, two-fight skid composed of losses to flyweight Ulka Sasaki and bantamweight Pedro Munhoz. Nurmagomedov, meanwhile, will make his Octagon debut on a five-fight win-streak. The Dagestani talent is the former bantamweight champion of the controversial Akhmat Fight Club.

What do you think of these newly announced bouts for the UFC’s July 14 stop in Boise? Join the conversation in the comments section below.