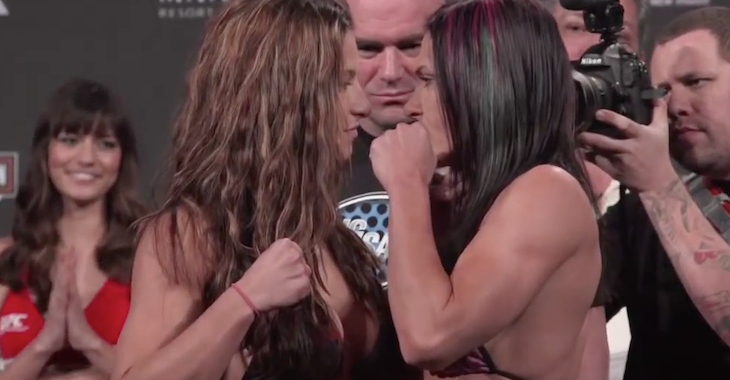 Cat Zingano hasn’t been in the Octagon since her devastating UFC 184 submission loss to Ronda Rousey. Since then Zingano has taken the time to work on her standup skills in Thailand, while MMA fans have anxiously awaited her return.

This past Saturday at UFC 196, Miesha Tate submitted Holly Holm in the 5th round of their co-main event scrap for the UFC women’s bantamweight championship.

Following the bout, Zingano, who holds a TKO win over Tate, took to Twitter to campaign for a fight with the newly crowned champ.

Come on @danawhite , just put us in the @ufc octagon & say go! @MieshaTate & I have some sorting out to do…#ufc200 pic.twitter.com/3a0OFLaYfm