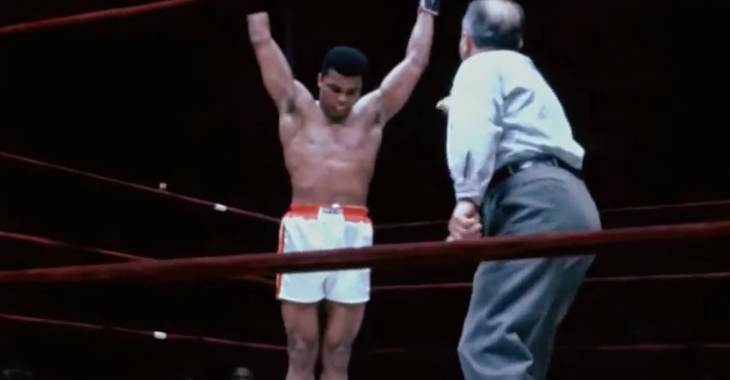 Earlier this month, tragic news surfaced that boxing legend Muhammad Ali had passed away at the age of 74 after being hospitalized and placed on life support. Friday afternoon there was a funeral procession in Louisville to bring Ali home for a Muslim funeral service.

Prior to that, Brock Lesnar spoke to ESPN to recall the time he met Ali:

“I got to meet Ali one time. Alls I remember when I met and shook the man’s hand was, he never talked, at that point Parkinson’s, the illness had taken over, but I just remember when he extended his hand and he didn’t have to say anything. It was such a gracious handshake and it was just a very, I can’t even put a word to it. I felt something powerful from the man.

“I’ve watched pretty much all of his fights but I met the man one time and he never spoke a word to me, but I felt the presence and power from him.”