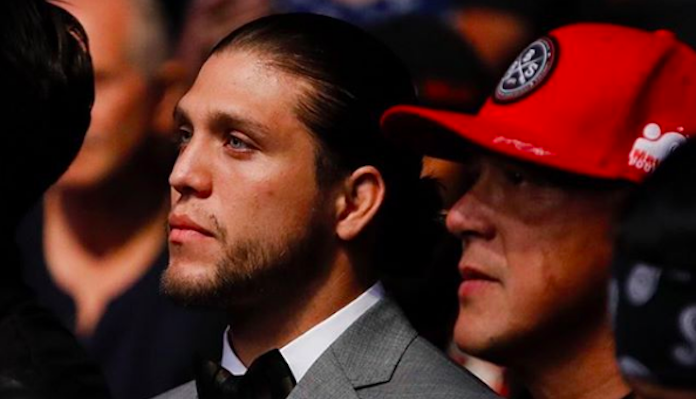 Brian Ortega did everything he was supposed to do with respect to his planned UFC 226 featherweight title fight with champ Max Holloway. He trained his butt off. He dieted. He navigated an extensive schedule of media obligations. He showed up in Las Vegas. He participated in the open workouts. Unfortunately for him, Holloway was forced off the card at the last minute, which meant the fight itself didn’t happen.

Apparently, that also means Ortega might not get paid…

Speaking on Ariel Helwani’s MMA Show on ESPN this week, Ortega explained that, when he asked to be paid for his efforts ahead of UFC 226 —  he held up his end of the bargain — he got a firm ‘no’ from UFC President Dana White.

“We had our talk,” he said (transcribed by Adam Guillen Jr. for MMAMania). “We agreed to disagree pretty much, I [asked] him if I was going to be compensated for anything, you know, if I would get anything. I told him I showed up, I did everything, my weight was good, did the open workouts, the media and he said, ‘No.'”

Ortega, of course, did turn down a last-minute fight with potential replacement opponent Jeremy Stephens. Shortly after his initial conversation with White, he says they spoke again, and White admitted he had been a little frustrated when they first talked.

That said, Ortega still doesn’t know if he’ll be paid for his efforts ahead of UFC 226.

“I was pretty bummed out, heartbroken,” Ortega said. “After that, we had another meeting yesterday. We talked and he said he was just pissed off. He then said we’d talk again this week and figure things out. So right now, I don’t know what ‘figure things out’ means.”

Hopefully, when Brian Ortega and Dana White speak again, they can come to the agreement that the undefeated featherweight contender deserves to be paid for his efforts.