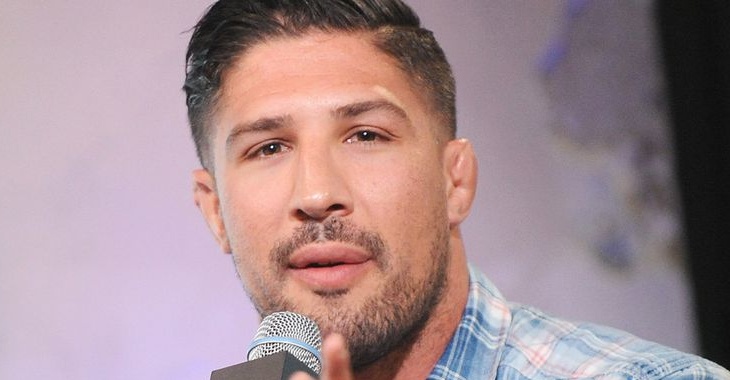 Retired UFC fighter, Ultimate Fighter season 10 contestant, analyst, comedian and podcaster Brendan Schaub is never short of opinions. Schaub is one half of the Fighter and the Kid podcast with fellow comedian, Bryan Callen but he also has started up his own podcast to talk all things involving the sport he once competed in. On this week’s episode of the Big Brown Breakdown, Schaub discussed the latest news and discussed the recent action as usual. But he also took a moment to talk about the UFC’s often criticized ranking system.

The rankings really don’t matter when you think about rankings, when you think about guys who have been awarded these big money fights or guys who have been rumored to fight… Nate Diaz, Nate Diaz-Woodley, that’s out of left field. You had the CM Punk fight, you had these weird experiments and this all…just this big pile of…I should say, this big vat of stew. This entertainment stew…isn’t working. It isn’t working.

I think we’re going to look back on these “money fights” and go “wow, that was a mistake”. No one really takes it seriously anymore. The rankings…the rankings really don’t mean shit. I mean most fans know where they(the fighters) stand. I guess if you’re a common viewer and you see a 4 or a 7 or a 2 or a 3 next to a guy’s name you go, “oh he must be pretty good”. Well if they’re fighting on Fox or the pay per view, you just automatically assume they’re pretty good.

I don’t need when I watch baseball or football, a number next to the guy’s name to assume he’s a goddamn good fighter or football player. We got to assume they’re professionals.

So the rankings, especially if you want to do the “money fight” stuff, go out the window. All rankings now are: how…basically it’s like a high school yearbook. It’s a popularity contest now. How big of a draw are you?

Because the rankings that you see on the UFC website when you go to UFC.com or wherever you want to get your rankings from… Well, the most legit one is UFC.com, right? Because that’s what UFC goes off of. Those do not matter. Because in the heads of the UFC brass they don’t go off those rankings. They go off a popularity contest. It’s very similar to high school. Who’s the most popular, who’s the most controversial, who’s going to get the most eyeballs if we book it.

So the rankings, literally throw ’em out. They do not matter.

Do you agree with Schaub?