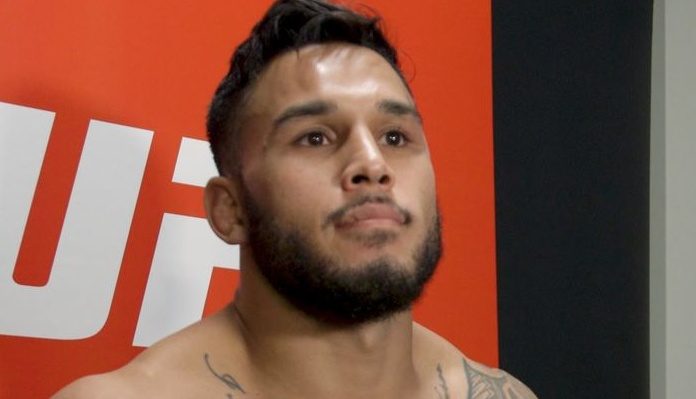 After what appeared to be yet another 2018 main or co-main scrapped by injury, that is now looking to no longer be the case.

Just last week, UFC President, Dana White announced that Brad Tavares was out of his main event fight with Israel Adesanya at The Ultimate Fighter 27 Finale on July 6th.

However…it appears that White is either getting ahead of himself once again or just throwing things out there as Tavares has now told KHON’s Rob DeMello that he is still going to be competing in one month’s time.

“As it stands right now, the fight with Israel is 100% on. As far as I go and it goes, it was never in question. It was just a lot of miscommunication and misinformation between some officials and some medical personnel.

At no point did I ever say I couldn’t fight or it didn’t intend to fight or anything like that. Again, fight’s still on. I’m ready. I’m ready to go out there, represent myself, my team and Hawaii.”

This isn’t the only fight that White has said won’t be happening recently only to have the opposite end of the truth be presented shortly after. He also said that the highly anticipated lightweight battle between Justin Gaethje and Al Iaquinta was a no go but then just a few days later it was announced to headline UFC Lincoln.

Regardless, the streaking Tavares says it’s on which is all that matters.

On the best run of his career, Tavares has finally found himself in the UFC middleweight division’s top 10. And looking to steal that from him is the undefeated hot prospect, ‘Stylebender’.

Off to a 2-0 start in the UFC, Adesanya will definitely have his hands full with the continually refined, Tavares.