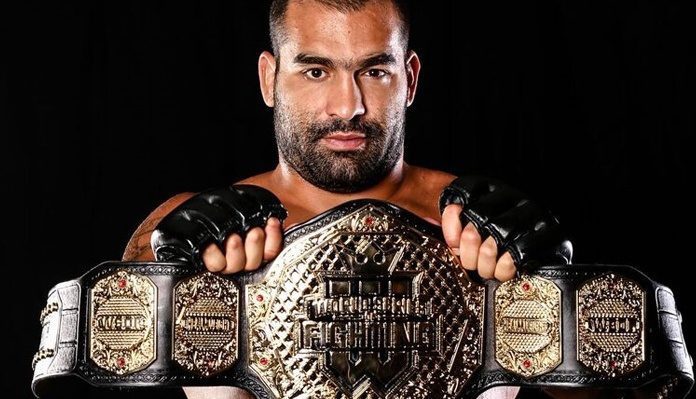 Blagoy Ivanov (16-1) has long stood out as one of the very best heavyweights outside the UFC. That is no longer the case, as he’s reportedly signed a deal with the promotion, and is expected to make his Octagon debut this summer.

This news was confirmed by Ariel Helwani, following an initial report by Ryan Thomas.

Former WSOF heavyweight champion Blagoi Ivanov has signed with the UFC, sources confirm. His Octagon debut is expected to take place in the summer. He recently parted ways amicably with PFL.

Ivanov, a decorated sambo champion who famously defeated Fedor Emelianenko in sambo competition, has lost just once as a mixed martial artist, to current UFC heavyweight contender Alexander Volkov. The only other blemish on his record occurred in 2008, when he battled current UFC light heavyweight contender Ilir Latifi in a contest so ferocious that the ring broke. Not kidding.

Bulgaria’s Ivanov rose to prominence as a member of the Bellator heavyweight roster, where he defeated names like Zak Jensen, Ricco Rodriguez, Rich Hale and Lavar Johnson, and ultimately experienced his lone loss to Volkov.

After losing to Volkov, Ivanov signed with World Series of Fighting, where he captured the heavyweight belt from Smealinho Rama, and defended it against respectable competition in Derrick Mehmen, UFC veterans Josh Copeland and Shawn Jordan, and most recently, Caio Alencar.

While there is currently no news on the opponent for Ivanov’s Octagon debut, his talent and big stage experience almost certainly assure him a top-15 foe.