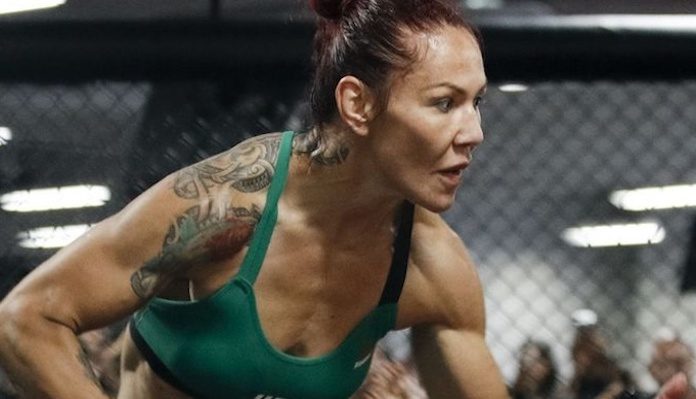 The women’s featherweight division is far and away the UFC’s most talent-starved division. In fact, you can count the UFC’s female featherweights on one hand: reigning champ Cris Cyborg, top contender Megan Anderson, and former bantamweight champ Holly Holm.

From the sounds of it, that will soon change.

On Wednesday, the UFC sent out a press release announcing that they’re looking for female featherweights for an upcoming season of The Ultimate Fighter. Competitors must be between 21-34 years old, have a minimum of three fights, and a winning record. This season is also expected to feature male heavyweights, which is good news, as the UFC heavyweight division is always hungry for new contenders.

The fighters who answer this call from the UFC are invited to audition for the upcoming season of The Ultimate Fighter on May 22 in Las Vegas. Filming will then begin in July.

UFC just sent out a press release stating they are looking for male heavyweights and female 145ers for the next season of TUF. Tryouts are May 22 in Las Vegas. Films in July. Must be between 21-34 years old, have at least 3 pro fights and have a winning record.

At present, it’s hard to say which featherweights and heavyweights will end up on the show. There is certainly no shortage of options.

The lack of fighters in the UFC’s women’s featherweight division has long been a topic of controversy. Speaking on a recent episode of BJ Penn Radio, former Invicta featherweight champ Megan Anderson, who fights Holly Holm at UFC 225, implored the promotion to get serious about the division.

“I would love for the UFC to start signing more featherweights,” Anderson said on the show. “You know, you have to build a division somehow. Why don’t  you just sign all the featherweights that they have in Invicta right now and build from there? Divisions aren’t built overnight so let’s have a slow, steady intake of featherweights.”

“Let’s promote signing other featherweights because, at the end of the day, a division isn’t just solely made up of a few people,” she added. “In every division you need to have the bottom level, the middle tier, and the top tier, and that’s how you work your way up into the position I’m in. I was at the bottom and I worked my way up, and every division needs that. So whether there may be more middle of the road fighters than top, there’s nothing wrong with that because the only way that they can get to that top level is by fighting up. Taking those opportunities. So I just wish that they would back [the division]. Who knows what will happen in the next year or so.”

Which featherweights and heavyweights would you like to see on the upcoming season of TUF?