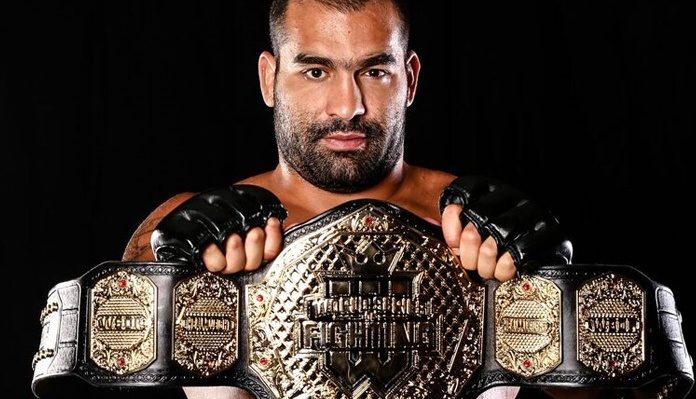 Everyone loves a good heavyweight and that’s something that the UFC has lacked several of in terms of divisional depth in the recent years. However, there has been an influx of new fresh talent from around the world rising to the top.

As the rankings currently stand, throughout the entire top 16 ranked fighters(including the champion), only four are Americans. But in the coming months, we could very well see that knocked down to three as the Bulgarian WSOF/PFL heavyweight champion, Blagoy Ivanov looks to be making his jump to the big show soon, reports Ryan Thomas.

As some of you noticed, Blagoi Ivanov was not on the #PFL roster announced earlier. It appears he’s been offered a UFC contract but he has had surgery & is undergoing rehab on a torn meniscus. Once recovered he will be eligible to sign. Earliest he will be available is June.

As mentioned by Thomas, the PFL just recently released their full roster of fighters for their upcoming tournaments throughout their divisions and among the heavyweight list there was no sight of the champion, Ivanov…and now we know why.

The thirty-one-year-old, Ivanov is one of the best heavyweights worldwide and has shown in throughout his eighteen fight career. With a record of 16-1(1 NC), Ivanov has accumulated a balanced finish percentage with six wins by submission and six by knockout. His lone loss came to the current #2 ranked UFC contender, Alexander Volkov in the Bellator season ten Heavyweight tournament finals(Ivanov has fought seven times for Bellator).

Directly following this loss he captured WSOF gold by defeating Smealinho Rama with a third-round guillotine. Ivanov defended the title four times with his most notable victory coming over UFC vet, Shawn Jordan.

“Baga” has an extensive background in sambo and even holds a win over Fedor Emelianenko in competition. Although he’s been impressive in the cage, some may know Ivanov from the bar fight incident he got into the morning of February 26 in 2012 when he was attacked and stabbed below the armpit. The knife penetrated Blagoy’s heart thus putting him in the intensive care unit after six hours of lifesaving medical intervention. Ivanov was only 7-0 at that time which makes it crazy to see the success he’s had after recovering.

Who would you like to see Blagoy Ivanov make his UFC debut against?