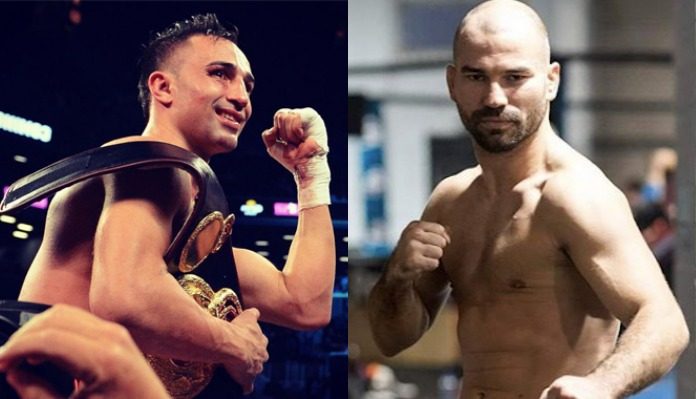 To say Artem Lobov and Paulie Malignaggi are on a collision course would be an understatement. In fact, the trash talk between them has already reached a fever pitch.

“Of course calling out Conor is going to get a lot more media attention than calling out me,” Lobov told RT Sport recently, discussing Malignaggi’s recent callout of McGregor. “But let’s be honest. Conor fought Mayweather in a boxing fight, but where is Mayweather, and where is Paulie Malignaggi? Malignaggi is not the level Conor would even go to. So sorry about that Paulie, but I look forward to meeting you in the ring and I look forward to breaking your jaw.”

Unsurprisingly, it didn’t take long for Paulie Malignaggi to respond to these comments from Artem Lobov. The former boxer clapped back on Twitter on Tuesday afternoon.

“Keep talkin like you’re good or were ever good and I’m gonna put you in a hospital bro,” Malignaggi wrote. “Don’t play with me. Like that bitchboy Conor already found out, theres levels to this boxing shit.”

Paulie Malignaggi has not boxed since 2017, when he was knocked out by Sam Eggington. Prior to that, he was enjoying a three-fight streak composed of victories over Laszlo Fazekas, Antonio Moscatiello and Gabriel Bracero. He’s 36-8 as a professional boxer.

Artem Lobov last fought in November, when he gave up a decision to Michael Johnson in his final UFC bout. This loss was preceded by back-to-back decision losses to Andre Fili and Cub Swanson, and a pair of wins over Chris Avila and Teruto Ishihara. Lobov is 14-15-1 in MMA.