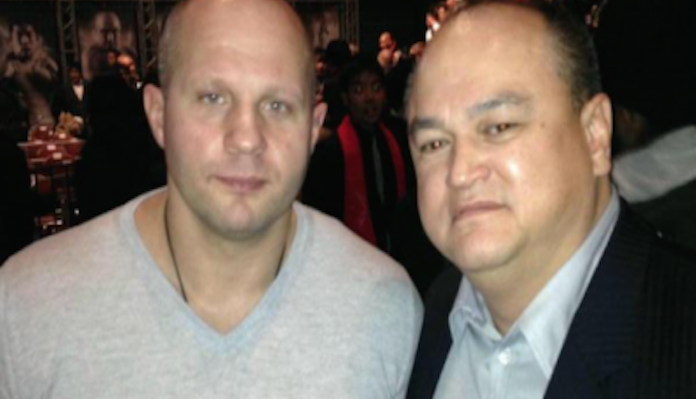 Bellator president Scott Coker admits that he was blown away by Fedor Emelianenko’s first-round KO win over Tim Johnson at Bellator 269.

Emelianenko took on Johnson in the main event of Saturday’s Bellator 269 event in Russia, and he won the fight in the first round by brutal knockout. Considering Emelianenko is now 45 years old, it was incredible to see how fast his hands still are at this point in his career. In fact, Emelianenko’s boss Coker was so blown away by his performance that he couldn’t wipe the smile off his face following the big knockout.

Speaking to the media following Bellator 269, Coker admitted that he was extremely impressed with Emelianenko’s performance against Johnson on Saturday.

“That was really special. I’ve been in the fight game a long time and for him to really deliver in his hometown in front of all of his fans, it was really fun to watch. It was a real special night and like I said, being a promoter for so long there’s a few times that just capture that moment in time and really this was that night. I was like, wow, at 45 he can still bring it. He threw combinations at Tim that I haven’t seen for a little while, honestly. I think the pressure of him being at home really helped him. When I saw him yesterday he seemed so focused and I think a lot of it was riding on the line for him. He’s here and he’s proud to be here, all his people here, it was just an amazing night. Wow. Unbelievable,” Coker said (h/t MMAFighting.com).

As far if Emelianenko will fight again, Coker said that right now, that is up in the air.

What do you think Scott Coker should do with Fedor Emelianenko next?