Bellator president Scott Coker has revealed some big plans for this year.

The Showtime-based promotion is prone to doing some ideas that are a bit outside the box. Recently, the promotion traveled to Japan to send five of their best fighters against five of RIZIN’s best. Bellator wound up sweeping the matchups, with names like A.J. McKee and Patricio Pitbull picking up big wins.

Beyond cross-promotion, the Coker-led company enjoys doing tournaments. In the past, they’ve had Grand Prix featuring fighters in the heavyweight, light-heavyweight, and featherweight weight classes. Currently, the promotion is wrapping up its 135-pound championship tournament as well.

As Scott Coker revealed on The MMA Hour alongside Ariel Helwani, the lightweights are next up. The Bellator president stated that eight fighters will compete in the Grand Prix. Those eight fighters being Usman Nurmagomedov, A.J. McKee, Benson Henderson, Patricky Pitbull, Tofiq Musayev, Alexander Shabily, Sidney Outlaw, and Mansour Barnaoui.

Furthermore, two of the matchups in the tournament have been set. Nurmagomedov will defend his lightweight title against Henderson at Bellator 292 in March. Meanwhile, Musayev and Shabily will clash in the co-main event of the evening.

In keeping with previous tournaments in the Bellator format, the winner will receive a million-dollar check. That’s on top of the winner being crowned the lightweight titleholder. 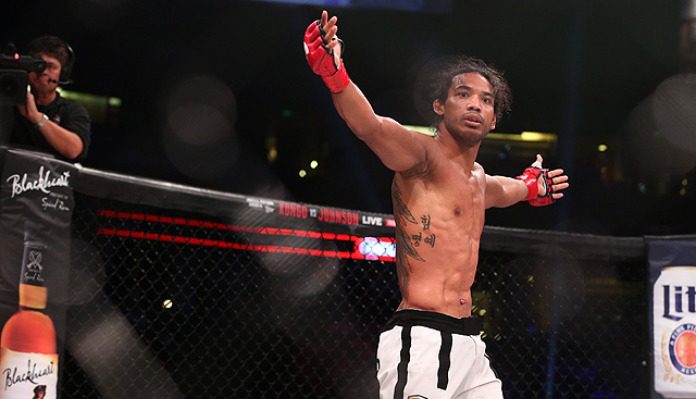 “As you know, we pick our tournament based on what we feel is the best division of our league and right now I think lightweight, including A.J. [McKee], is going to be something that fans are going to want to watch,” Scott Coker stated on The MMA Hour alongside Ariel Helwani. (h/t MMAFighting)

“These things are kind of a fluid process because injuries happen, scheduling conflicts, things like that,” Coker continued. “Mostly we just want to make sure that the fighters are healthy and really ready to fight and give it 100 percent. That’s why some of these things have taken so long and then COVID hit when we had our featherweight tournament, there’s a lot of those issues.”

What do you make of this announcement? Are you excited about the lightweight Grand Prix? Sound off in the comment section below PENN Nation!

This article appeared first on BJPENN.COM
Previous articleMarvin Vettori explains why he thinks Alex Pereira will beat Israel Adesanya again if they rematch
Next articleDaniel Cormier reacts to Dana White slapping his wife during New Years’ Eve altercation: “Why should anyone go to defend his actions”
© Newspaper WordPress Theme by TagDiv