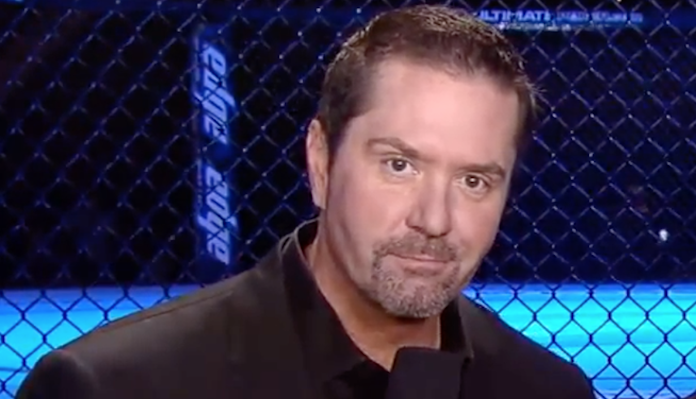 Mike Goldberg will no longer be the play-by-play voice of Bellator.

With Bellator set to move to Showtime, Scott Coker revealed they decided to undergo some changes and Goldberg will not be with the promotion anymore. The longtime UFC commentator joined Bellator in 2017 after parting ways with the UFC.

“Mike Goldberg is not going to be part of the mix moving forward,” Coker said to the New York Post. “But I think we had a great run with Mike, and the door’s always going to be open.”

The broadcast will also have some changes which is similar to what Showtime boxing looks like, Coker also revealed. The goal for Bellator is to put more current fighters in the booth, along with Mauro Ranallo which is why Goldberg was not brought back. On Friday’s Bellator 255, AJ McKee will be in the booth to add his analysis to the card.

For many MMA fans, it is disappointing news that Mike Goldberg will no longer be commentating Bellator events. For years now, he has been the well-known voice on broadcasts with his usual “virtually identical” and “it’s all over” lines being the most well-known.

With Mike Goldberg out of his commentating roles with Bellator it is uncertain what is next for the 56-year-old. He spent 20 years with the UFC. He also was doing some NFL games before spending the past three years with Bellator.

The hope for many MMA fans is Goldberg can land somewhere in the near future to call fights again. He could look at promotions like Professional Fighters League, Legacy Fighting Alliance, and ONE Championship for a possible home. But, perhaps after spending so many years in the spotlight, Goldberg will hang it up and move on to something else.

What do you make of Bellator moving on from Mike Goldberg as their commentator?