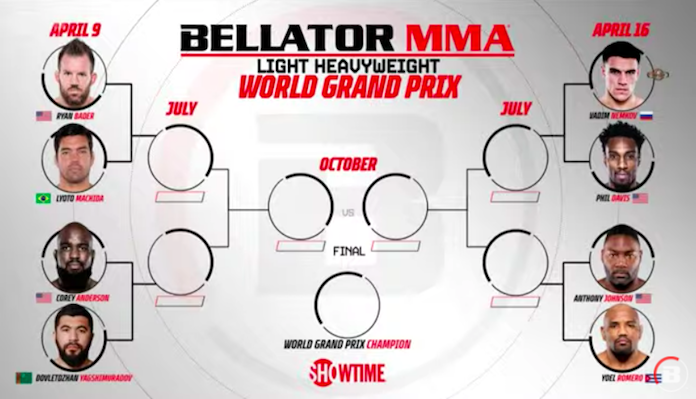 Bellator MMA announced that it will be moving to Showtime, and the promotion revealed multiple fights for its upcoming schedule.

Bellator MMA will return to action on Friday nights in April and it will do so on a new network as the promotion will now air exclusively on Showtime, with president Stephen Espinoza confirming the news in a press conference. That’s the same network Bellator president Scott Coker had plenty of success with back in the day when he ran Strikeforce. The hope is that this move takes the MMA organization to the next level. Watch the official announcement below.

Together, Showtime and Bellator MMA announced a number of great fights during its big announcement on Tuesday afternoon. They are listed below: